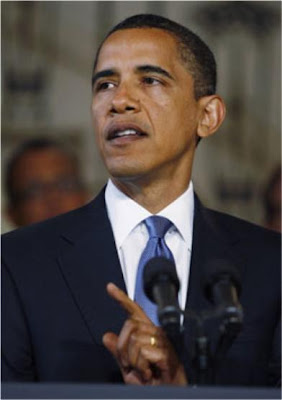 "When authorities warn you of the sinfulness of sex, there is an important lesson to be learned. Do not have sex with the authorities." — Matt Groening, creator of the Simpsons

Yesterday began the month of June: Pride Month in America and other countries around the world. It's, as the name indicates, a source of pride for many in the greater LGBT community. For some of us, it's a reminder of how little we have to take pride in at all.

While not in all cities, a sizable number of them hold their Gay Pride celebrations and parades in this month. Of course as many know already, this was the month chosen as it was the month of the Stonewall Inn Riots in New York City's Greenwich Village on June 28, 1969.

There have been a lot of gains made in the movement over the past forty years. Indeed, even same-sex marriage is gaining momentum, winning passage in numerous states on an issue that just over six years ago was merely a pipe dream. Gays and lesbians are winning acceptance and even popular support in media and even in politics for being considered "equal" citizens. Even one of the most arch-conservative voices around, ex-Vice Pres. Dick Cheney, just came out in a story reported in AP to support states granting rights for same-sex marriage.

"I think, you know, freedom means freedom for everyone," Cheney said in a speech at the National Press Club. "I think people ought to be free to enter into any kind of union they wish, any kind of arrangement they wish. And I think that's the way it ought to be handled today, that is, on a state-by-state basis. Different states will make different decisions. But I don't have any problem with that. I think people ought to get a shot at that,"

However you rarely see anyone saying the same thing about employment, and specifically about trans people in the workplace. About the extent we're treated to is Rep. Barney Frank: "“Efforts to include transgender people have failed in New York, Massachusetts and Maryland,” he said. “It doesn’t get easier when you throw in South Carolina and Utah.” Ol' Barn' said he's “more optimistic” that an inclusive ENDA would pass, but stopped short of saying he was certain the bill would pass with the gender identity provisions.

“There’s no certainty in politics,” he said. “People got to lobby hard."

"trans inclusion will be a legislative priority over my dead body" — Elizabeth Birch, then Exec. Dir. of the Human Rights Campaign (HRC)

There is one bright spot in President Barack Obama's proclamation on LGBT Pride Month, which began: "Forty years ago, patrons and supporters of the Stonewall Inn in New York City resisted police harassment that had become all too common for members of the lesbian, gay, bisexual, and transgender (LGBT) community." Did you get that? The President of the United States has actually uttered the word "transgender" (at least in writing)!
http://www.whitehouse.gov/the_press_office/Presidential-Proclamation-LGBT-Pride-Month/

While this has long ago become a fait accompli with gay and lesbian America, we're just now getting our first taste of even this small gesture: mere mention, acknowledgement that we even exist to the outside world! At times, we don't even get this from gay or lesbian leadership even in 2009. The President noticed!

It's not a panacea. We still have precious few rights, and even fewer opportunities for even the basics such as employment. In this increasingly anemic economy, trans peoples' lives are currently being devastated.

But at least in declaration, Pres. Obama has done what no other president has. "I continue to support measures to bring the full spectrum of equal rights to LGBT Americans. These measures include enhancing hate crimes laws, supporting civil unions and Federal rights for LGBT couples, outlawing discrimination in the workplace, ensuring adoption rights, and ending the existing "Don't Ask, Don't Tell" policy in a way that strengthens our Armed Forces and our national security.... During LGBT Pride Month, I call upon the LGBT community, the Congress, and the American people to work together to promote equal rights for all, regardless of sexual orientation or gender identity."

There is a faint glimmer of some promise for Trans people.

Meanwhile we find ourselves in the midst of the auspicious anniversary of the Stonewall Riots, 40 years after. We have out federal congressmembers, out Administration staff and hundreds if not more than a thousand out state and local elected officials. Trans people have one mayor recently elected in Silverton, Oregon and a state school board member in Hawaii.

As has been the case for decades, there are gay and lesbians working on staff at even the highest levels on Capitol Hill. This year saw the first trans person ever hired by Congress in Rep. Barney Frank's office.

Americans are long ago familiar with the need for equality for gays and lesbians, and most of the country is already there in support. Trans people's issues get scant attention when it's our call. Our attempts to educate, when not closely guided by gay and lesbian leadership, are criticized and privately discredited at the same time the Barney Franks of the world chide us for "not doing the needed education" in this Catch-22 exercise.

Media and popular support are rallying around gay and lesbian leaders pushing for marriage rights and fighting for equality. When we do manage to get trans people's own independent thoughts out in media, we are reprimanded, and undermined and blackballed out of eyesight in order to ensure we don't get media's ear again. The message: we can't be trusted to speak from our own perspective or to articulate our own issues.

Yes it is Pride Month, and there's certainly something to note after forty years, especially after the President's proclamation.

But for trans people who've been pushing for well over a decade at great personal expense, losing jobs and income, going bankrupt, into foreclosure, going homeless ... pride is not what we're feeling right now. Desperation and the survival instinct are.

"I am sick of the disparity between things as they are and as they should be. I'm tired.I'm tired of the truth and I'm tired of lying about the truth." — from the play "The Death of Bessie Smith" by Edward Franklin Albee III

Ness,
You forgot about Kim Coco Iwamoto, who was elected in 2006 to the Hawaii State Board of Education