Arctic Wonderlands and “I Told You So’s” 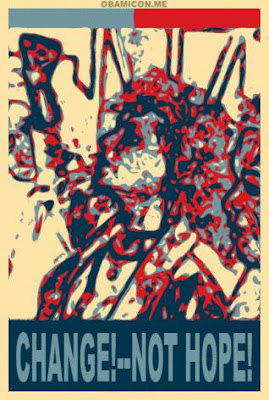 This past few days has been like living in the Arctic. When the snow and ice hit DC on Wednesday, like most everyone else I kept my butt inside and safe! Then that night, the entire town was collectively chastised by our new President and the agreeing media, calling us sugar plums. Pres. Obama has a point: in Chicago they don’t let ice and snow stop them, nothing shuts them down. Being from Houston and points even further south, I understand Washington’s response to shut in during ice.

Sufficiently guilty from the jabs of the previous day, I braved the elements. It was deceptively sunny, but still cold, and with the iced over snow covering everything. It gives the appearance of the retro 50’s and 60’s O’Keeffe & Merritt, Frigidaire and Hotpoint appliances with everything covered in smooth, shiny white. I learned that wearing spike heels comes in handy as you can spike through the ice with the heel and keep a bit of traction.

“When the cloudy skies are blocking out the sun and suddenly your nose has begun to run, do you still hear me?
…. Will you stand by me against the cold night?
Or are you afraid of the ice?” — Ice, Crack The Sky

All this week has been a casual lobbying experience – not a lot of folks around clamoring for appointments, and many of the staffers in jeans and other casual attire. I like the new feel this week as opposed to the tight, flinty-eyed stress pit during conservative times. It may just be that it’s still early in the session, though, and things may get back to hardcore soon enough. Either way, it’s been relatively productive, particularly in the offices where staff has been hired and assignments set. Like usual, there are some faces that have moved offices from places like ousted Rep. Lampson and Rep. Israel’s office to new offices – it’s good to track those new moves.

Additionally in one office I got a little more of the picture of what Rep. Barney Frank, and to a lesser extent the Human Rights Campaign (HRC), was up to in the previous session. Unsurprising to this author, but I’m sure their pal, Mara Keisling, would’ve liked to have heard that tidbit. And the beat goes on ….

“It’s easy if you’re Sean Hannity or Rush Limbaugh or even sometimes Newt Gingrich to stand back and throw bricks. You don’t have to try to do what’s best for your people and your party. You know you’re just on these talk shows and you’re living well and plus you stir up a bit of controversy and gin the base and that sort of that thing. But when it comes to true leadership, not that these people couldn’t be or wouldn’t be good leaders, they’re not in that position of John Boehner or Mitch McConnell." — Rep. Phil Gingrey (R-GA)

The G.O.P. partisanship we’re seeing now is going to be the S.O.P. (standard operating procedure) throughout the first eighteen months of this session. It’s something I’d predicted a month or so ago, before inauguration, when the media and the new Congress was seated. Bipartisanship only happens when GOPers are in power. Even on something as important as whether or not America falls into economic collapse, now that it’s no longer Bush but Pres. Obama’s problem, the GOPers have no qualms watching it happen (and already have their blame-pointing fingers and scream-level voices at ready).

It’s the nature of things DC. The GOP must play up to their prime constituents (evangelical and corporate wealth) and must do so conspicuously in order to appear they’re earning their paycheck. Other than Rep. Cao from New Orleans and a couple of Senators, all GOPers left are from hardcore, red-meat, Ditto-head districts; and logic be damned – they must do their bidding. To wit: Rep. Phil Gingrey’s (R-GA) criticism of Oxycontin-head Rush Limbaugh in a moment of candor, and then being reined in by the short-hairs, made to genuflect nicely and apologize to the Grand Old Partisan Gasbag. Ol’ Dr. Philly-boy got the message quickly with a public emasculation. Take note!

“I regret and apologize for the fact that my comments have offended and upset my fellow conservatives – that was not my intent. I am also sorry to see that my comments in defense of our Republican Leadership read much harsher than they actually were intended, but I recognize it is my responsibility to clarify my own comments…. As long as I am in the Congress, I will continue to fight for and defend our sacred values." — Rep. Phil Gingrey (R-GA)

Finally the note about Donna Rose’s blog noting disappointment in the Human Rights Campaign (HRC) not “coming around” and doing the right thing, she responded:

If Vanessa wants to say “I told you so” then I suppose she’s more than entitled (although I’d hoped we had outgrown that kind of silliness).
http://donnarose.com/MyBlog/?p=279

Folks can read it as “told you so” if they wish. NTAC (National Transgender Advocacy Coalition) folks could’ve easily done this many times over through the past five years. Ironically, I was personally chastised for not saying anything about what was about to happen in September 2007 by the likes of Angela Brightfeather (former of NTAC) now of the same National Center for Transgender Equality – NCTE that Donna Rose also is part of. NTAC and I were also branded as heretics needing “damage control” by this same group even before we got off the Hill in 2007 as Keisling knew what we were going to hear, reaffirming what was to eventually take place a few months later.

Ultimately, this has virtually nothing to do with the “I told you so” mentality. It is frustration that the transgender community and even our own leadership continue going back to the same people that played us for fools before (multiple times at that!) These same leaders never trusted NTAC, and that’s their prerogative – although we never burned them, and our “heresy” ended up being completely accurate. But why trust in the same gay/lesbian leadership that burned you before? Why be hopeful for change when that “Hope and Dreams” crap gets you played for a fool every time?

It’s not as if we didn’t give them a chance. Our own community’s neo-leadership, personified by NCTE, made the grand promises and signaled a new day by this “working with our allies” hope-and-dreams line. Well we stood down and watched and waited. By the time 2004 rolled around, we saw it as the ruse it was turning out to be and began pointing it out. After quick damage control (the now infamous “HRC board vote”) they went at it again, and yet again we got duped. And that’s notwithstanding all the iterations of this same pattern predating the advent of Mara and NCTE.

There’s no fool like an old fool. But this is not the message I want tied to my community – I’m sick of us being perceived and successfully played for fools time and again! It communicates loudly and clearly that we can easily be manipulated and used. There is nothing positive in that for us. Zero.

If an individual wants to play that role simply to get whatever miniscule reward you reap for yourself (if any!), then do so – but don’t speak for me. A personal plum doesn’t mean squat to the community as a whole who then take on the collective image that we’re all nothing more than naifs, incompetents, and the same “lesser beings” that we’ve always been perceived as from GLBT (read: GL) leadership in America. Yeah, they can write me off and tell the world that I’m dumber than a box of rocks – have a field day and enjoy! But I’m not stupid, nor do I have to sit pretty while we play that again and again and again simply to please them and fulfill their stereotype. I’m sick of it!

“Homey the clown, Don't mess around,
Even though the Man, Try to keep him down,
One of these days Homey will, Break all the chains,
Then he'll fly away, But until that day, Homey don't play (that).” — Homey the Clown Song, Damon Wayans as Homey Da Clown from “In Living Color”

In case it hasn’t been clear before, note: We will never be equals in GLBT, most certainly NOT in our lifetime. If we insist upon having it happen within GLBT confines and try to force it through that one and only path, then we will not see it at all.

Sitting on the outside throwing rocks at these people and their organizations, trying to get them to change what they’ve created for themselves has not worked yet. It only draws their ire and resentment. The pace of change within their confines will continue at its glacial pace. Those in G&L America are doing what they need to lift their community up, and that must be understood. The fact that we’re waiting around for them to lift us up is ridiculous and (in case you haven’t noticed) isn’t happening. If you want to place hope in that, then understand that you can starve and die in secrecy waiting around for hope.

Personally, I reject that hope crap. Hopes never happen. To make things change, you have to fight to personally make it happen and do it on your own. We need our leadership to stand on our own two feet, distinguish ourselves from this GLBT cacophony, break those ties that bind us down and that burden these willing collaborative types with obligations, expectations and filters to govern what they say about those they seek favor from and restrict them from telling the truth. Screw that!

Donna has spoken out about them already, which is good. But why then coyly play the part of courtiêre, hoping to grab attention of these royals holding court? We don’t gain anything from them and meanwhile they gain through exploiting us as a resource. Sylvia Rivera was right!

If that’s “I told you so”, then maybe it needs telling again and again until our so-called leadership finally gets the message: Stand on our own two feet, be our own leaders and stop looking to them for leadership, permission or assistance.

“You gotta keep your shit together with your feet on the ground
There ain't no one gonna listen if you haven't made a sound
You're an acid-junkie, college-flunky, dirty puppy, daddy bastard.” — Filthy Gorgeous, the Scissor Sisters
Posted by Vanessa E. Foster at 10:14 AM

The Scissor Sisters quote says it all. Thanks.

I don't even think it is 'I told you so' now. After having HRC back stab us so many times and promise all will be sweetness and candy in the future over and over again ...

For me, HRC is as much our friends as Focus on the Family. If you're t, and you believe them, I have a lovely bridge over the Ohio River than you can buy. Vanessa knows the nature of the HRC beast well. I've seen it up close and personal, as well. Trusting them is like trusting the GOP.

I will never again trust anyone who claims to be speaking for me, politically. Speak for yourself. Go to the Hill, if you can. Go to your Congressman and Senators' local offices, if you can't travel. Call, fax, and email.

As someone who comes from a minority community that was repeatedly lied to, I can smell an insincere jerk a mile away.

My warning bells went off during my first lobby trip in 1998 when I attended an HRC morning reception and heard that 'we are your friends' mantra for the first time.

HRC gets no love from me along with any transgender sellout that stabs the community in the back for personal gain.