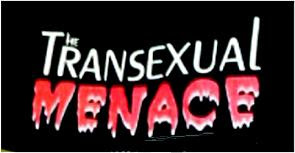 After posting my most recent diary on Daily Kos on Civil Rights not existing for transgenders, it elicited quite a bit of commentary (http://www.dailykos.com/story/2009/1/9/153647/7370/255/682170). Most of it was refreshingly supportive, and quite a few were surprisingly very knowledgeable on trans issues. Of course, there’s always the others who take issue.

One of those inevitable detractors started off with the hackneyed “I support and love my transgendered brothers and sisters … but ….” – followed by the backhand. As the other respondents replied to him, the ire rose and his anger continued swelling until his anger let some unguarded sentiment through. Ultimately his beef boiled down with a special focus on trans people who were unpassable – “big, hulking trannies,” who “latch themselves into [sic] the gay and lesbian fight [for rights]” and how he "never knew what violence was, however, until I saw a lesbian and a drag queen get into a fight about 3 years ago in Toronto. Even the cops were afraid to break that one up...and it took FIVE of them to do it!”

The respondent was gay and expressed an understanding of transgenders in his initial post. Yet despite the words, he didn’t know us as much as purported. He had encountered us and developed a cursory conclusion: if you looked passable, you deserved transition while the rest did not.

“I don't care if you approve.
What the f*ck is that gonna do?
‘Cause I ain't got nothing better to do
Than piss off motherf*ckers like you!” — Crossdressing G*ddamned Son Of A Bitch, the Frankenstein Drag Queens From Planet 13

But buried within some of the comments about ‘latching onto his rights’ or even the violence factor from ‘battling drag queens,’ something else was communicated – fear. There’s a fear of violence at the hands of these tough gender transgressors, a fear losing his rights (as an extension of his community) and even a fear of public embarrassment per the story that started his string: an unattractive trans person who made a scene in a restaurant due to disrespectful pronoun usage by her waiter.

I wouldn’t doubt that if I brought this up to the particular detractor, he would persistently deny there’s any fear at all, yada, yada. But it is fear of something he doesn’t know and feels would put him in a situation he couldn’t control.

Ultimately it boils down to this: the human mind has an incessant obsession with "knowing". Whatever the new discovery is, we want to know what it is -- thus, our never-ending quest for learning, inventing, etc. Even if we don’t fully know, we take what facts are available and connect the dots in order to flesh out the entire picture. Surety breeds familiarity and ease of mind.

On the flip side, when our ability to know is obstructed, our minds still try to estimate what it is that we're trying to know based upon what limited facts are available to us, if any. When we have that big gap between available facts and what results in our confidently "knowing" or comprehending, we then estimate the rest: i.e. “filling in the blanks.”

This allows our imaginations and our mind’s unease with “not knowing” come into play. We fill in the blanks with whatever our mind conjures up, which is often unease compounded and embellished, maybe even tossed around the echo chamber to other like minds and increased. The end result of this lack of surety is that you come up with full-fledged fear (think "fear of the Evil Empire" in USSR fanned by Reagan and our lack of intelligence until the walls came down and we saw it was all a paper lion with little of what we feared it would be. Replay this with Bush/Cheney and Saddam Hussein).

This isn’t to be confused with healthy fears. There are fears that are stable, and are fully correct due to aberrant experience – but only when applied to that one item known to be harmful or detrimental. When it then bleeds over into fear of other things, it’s superimposing or misplacing fear to the point of paranoia.

Misplaced fears notwithstanding, all phobias and insecurities and most paranoias, along with the aggressive actions tied to them all, can be traced back to a lack of surety which is itself due to an absence of true comprehension.

As he doesn’t know us, he fears the potential we pose. This is the core of virtually all of the long-term prejudices held over the years. It’s the reason why religious fundamentalists fear GLBT people, and mutually why GLBT people fear them in return, the kernel at the center of class-based aversion in societies around the world and the nucleus of hate toward ethnically different people such as racism rampant in America and around the globe. It’s also the core of what creates the wars, the likes of which we seeing in the Middle East, particularly at this moment between Israel and Palestine.

This fear of the unknown dehumanizes the object. It creates a scenario allowing one to avoid seeing another as a human being. This desensitizes the objector, as well as validating what they subsequently do to this object of their fear.

“I get confused, 'cause I don't know where I stand,
And then you smile, and hold my hand.” — Spooky, the Classics IV

“If we fear the unknown then surely we fear ourselves.” — poet, Bryant H. McGill 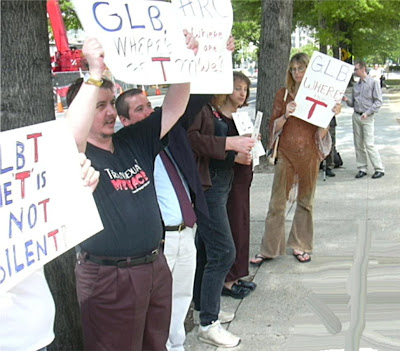 Once you know that what was previously feared, then suddenly it’s no longer the monster we had imagined. These monstrous beings become human, and you privately kick yourself wondering why so much energy was placed into the fear in the first place. Fear is the underlying premise of nearly all aggression, save for schoolyard tit-for-tat style retribution.

One truly frightening possibility is that fear in the hands of those in power can be manipulated by keeping the truth or the real knowledge away from those in which you wish to instill fear. When the facts are kept hidden and awareness restricted, it becomes yeast to feed the rising fear. This foments the subsequent phobic or exaggerated actions. Once attacked, it also typically draws the retributive action, which only self-fulfills the original paranoia.

As we’ve seen over the past few decades, there are those who utilize this unawareness/fear/aggression model to drive their enterprise. It occurs as a result of full-blown war with its recently witnessed “no-bid” contracting boon.

But it also finds sanctuary in simple social aggression, where churches warn of the impending “gay war against families and marriage” – or conversely, the gay advocacy organizations warn of the “right wing persecution” – and draw quite a profitable windfall for their respective non-profits.

Neither side really understands the other, much less truly wants to know the other. It’s preferable to their industries that they keep the opponents as feared and dehumanized as possible. It makes the job of attacking them more palatable and easier to sell to those they wish to support it. With mainstream media being bought into this perpetuation (they’re businesses too, and selling advertising to the very people who wish to continue the knowledge-restriction in order to profit), it’s now become the province of the internet to get the truth out.

Trite as it sounds, knowledge is power – the power to end hate. So many of the fears, whether transphobia, homophobia, xenophobia or racism, fear of other cultures or religions or other differences, can be taken down by simply getting real knowledge out to people, finding the commonalities between the disparate parties, and ultimately see the other party as a human being. The key is to find ways to get knowledge around the obstacles in its way: inaccessibility, apathy or laziness, fear of what one might discover and intent restriction from it.

Knowing the truth abates fear. Avoiding or suppressing truth generates and fuels it.

“There is not a truth existing which I fear... or would wish unknown to the whole world.” — Pres. Thomas Jefferson

“Get to know me!” — Jon Lovitz from his skit on Saturday Night Live

“My only fear is the unknown.” — magician, David Blaine
Posted by Vanessa E. Foster at 5:05 PM

Thank YOU for sharing the truth. :-)