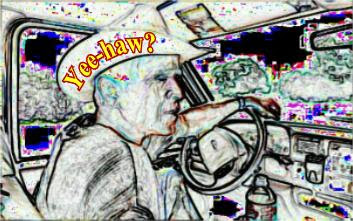 "When the Hoosegow police decided to come 'round they said:
"Boy what's the matter with you, what you trying to do?"" — Blind In Texas, W.A.S.P.

"As they say around the Texas Legislature, if you can't drink their whiskey, screw their women, take their money, and vote against 'em anyway, you don't belong in office." — Molly Ivins

One of my friends recently commented to me and expressed surprise that I had visited with and even gotten a photo with one of our conservative lightning rods in Texas, Rep. Warren Chisum (R-Pampa). It’s something that surprises others, but I never thought it all that surprising personally. He was a legislator and I wasn’t someone who, even when I first began, ever shied away from going in and talking with the most conservative offices. Hey! I live in Texas! Most of our folks down here are the reddest of the red-meat folks.

Lately Texas has become the butt of everyone's jokes, nationally. For the past eight years, we've had to live with everything from George W. Bush's apparent choking on a pretzel and passing out in his White House bathroom (begging the question: who the hell eats pretzels in the bathroom?) to every one of his Bushism's and incomprehensible musings. Once he left office, I was hoping we might get at least a little reprieve.

But no! Our governor's the latest national fodder for late-night material with his support of the teabaggers and even Texas' secessionist wing. While our governor's got all the brains God gave a drunken turkey, most around the nation may have never had the clue that Texans grew up and were even taught the urban legend that we retained the right to become our own Republic again when we ceded to the U.S. It turns out that's not fact, but there has nevertheless been a radically conservative wing in the state that's advocated for seceding from the union for years. They were so far out there that even the Republicans wanted nothing to do with them.

"Out in the countryside, just about every place that's got a zip code has somebody or some group of people battling the economic and political exclusion that Wall Street and Washington are shoving down our throats." — Jim Hightower

At least that was true until Barack Obama became president.

Now it seems even our own Gov. Rick Perry will fan those flames. It's not an embarrassment for Texas' GOP folks to talk of secession openly now. Worse still, there was a recent poll published by Research 2000 that asked whether Texas was better as part of the U.S. or as its own independent nation. Per Pam's House Blend, the poll came back 60% favoring staying in the U.S. and 40% opting for independence.

However, of Texas Republicans polled the opinion was evenly split: 48% for remaining in the U.S. and 48% opting for independence. They used to roll their eyes and snicker about the "wacko" secessionists and now they're out there co-opting them and cheering in their own echo chamber! They used to belittle and snidely dismiss those of us who feared for the direction of our country after Bush's 2004 re-election so much that we considered moving to Canada and called us wonderful names like "deserters," "treasonous," and "America-haters" who sided more with the terrorists than with our own country.

Now my own damn state's hardcore conservative types are taking our own logic and boldly proclaiming it prominently! And they're taking down the whole damn state with them! We didn't do anything seriously fleeing en-masse to Canada, yet we were considered loopy loons. As I write, our own legislature's even considering a bill to reaffirm Texas' state sovereignty (never mind that they weren't too sovereign to accept U.S. Government stimulus money in these trying economic times except for additional unemployment funds). And these nutbags are (to put it in Rep. John Culberson's words) "the most patriotic Americans"?

"Next time I tell you someone from Texas should not be president of the United States, please pay attention." — Molly Ivins

Of course the blogosphere is alight with all those agreeing with Gov. Closet-Case Perry, bellowing for the door to hit us where the Good Lord split us and lots of other sentiments expressing that our total state's a lost cause and to cut us loose. Toss us out: baby, bathwater and tub!

Not all of us are brain dead nor oblivious to what's gone on in our state or the rest of the world's perception of it. Even before Bush was elected, I was nearly begging people not to vote for the guy! We'd had six years of his train-wreck leadership at that point. But nobody wanted to listen! "He seems like a regular guy" and other comments about Gore's maladroit communication style along with his wife's crusade against free speech in music ended up being the razor-thin margin needed.

After eight years of Bush, I wasn't surprised at anything other than the increased intensity towards his hard-right shift.

Now that we're post-Bush, all of us in Texas get to pay the penance for the good times shared by a privileged few during the Bush boom. Bush's Power Rangers. All the while, folks like me on the progressive side were busting butt and trying to keep from losing every last right we citizens have. It's been grueling and even a bit brutal. Even still, while the rest of the world seems to enjoy a move away from the darkness, Texas still deals with Bush-level, DeLay gerrymandered GOP right-wingers who make conservatives seem like veritable socialists by comparison.

"I thought I was conservative 'til I moved to Texas. I was wrong. I had to re-learn being a conservative all over again." — unidentified GOP political activist who moved from Missouri to Texas.

As a trans Texans, I'm a very easily dismissed target for GOPers. Operating down here for the past couple decades is like being behind enemy lines during wartime. I didn't get to choose where I grew up. This economy has long sucked in my world, and with no ability to get out I have to make due here. With all our collective energy over the years, the community and I have made small gains, but we're overwhelmingly outnumbered in the most hostile of territory.

So imagine what it feels like reading the commentary that we as a state should all be written off. There's no support at home here in this sociopolitical hell-hole that's our only home. And now there's no support elsewhere either. We might as well have not even bothered.

For whatever reason, certainly due to no fault of my own, our state's become a magnet for everything from the Branch Davidians in Waco, to the polygamist sects of the Mormons and a so-called "sex cult" known as House of Yahweh, to the moms who cut off her baby's arms and the other who bashed her kids to death with rocks because they were allegedly instructed so by God, to the couple who started the Heaven's Gate cult, and believed the UFO's were coming down to spirit them away until the founder and cult self-castrated themselves and committed suicide. I don't know why this happens here in Bible-land. With other such luminaries as Charles "Tex" Watson of the Manson clan to Ted Hagee (the anti-Catholic apocalyptic) and Karl Rove to Tom DeLay. No wonder it's the "Texas" Chainsaw massacre ....

Meanwhile, I've got to try to make something happen with virtually nothing. As I've found in trying to push the hate crimes law to finally cover transgenders, instead I'm getting almost no support from Democrats — even personal friends who apparently want to support Equality Texas in their two choices, not ours! 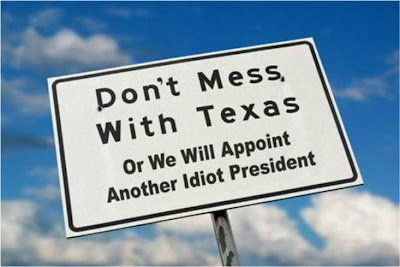 Which brings me back to Rep. Warren Chisum. Ten years ago, I took a couple friends on their first-ever lobbying experience with NGLTF's Equality Begins At Home in Austin. We went directly to Chisum's office first. My theory was that once they saw how I verbally advance, parry and remise with the toughest, they'd have confidence to go into offices on their own, even if they're tough offices.

Fate dictated it would be a great learning exercise as we determined what Chisum didn't like about the hate crime bill language, asked if he'd support alternate wording (as long as it was defined to cover us all.) We left getting a critical GOP sponsor who brought over other Texas Republicans' support! That was me and my proteges Mark Wood & Patrick McIlvain. Eventually it was enough to get the bill passed the very next session, but without covering trans folks like me.

Another lesson it taught was not to presume that simply because one was Republican that they'd automatically be an enemy any more than if one was Democrat would translate into automatic friend. Actually, Rep. Chisum's enigmatic, but honest. He’s a decent guy. And like a couple of the other GOP folks I have good relations with, he's not the neo-conservative types who tend to be the younger or newly-elected types. The old-line conservatives are tough, but they're not inhuman.

It's a different world working with them than working with most of the Democrats. But sometimes, even when you're operating behind enemy lines, you can occasionally find an ally in the most unlikely of places.

I dearly love the state of Texas, but I consider that a harmless perversion on my part, and discuss it only with consenting adults." — Molly Ivins

"So farewell, my darling.
Perhaps we'll meet again
On some sin-infested street corner in Houston ...
Texas." — Heaven, Hell Or Houston, ZZ Top
Posted by Vanessa E. Foster at 1:10 AM

"I thought I was conservative 'til I moved to Texas. I was wrong." — unidentified GOP political activist who moved from Missouri to Texas.I kept trying to explain to the old-conservative Republican judge I clerked for in Minnesota that he'd never even make it to the runoff in a Republican primary for a judgeship in Texas.