"Each victim of suicide gives his act a personal stamp which expresses his temperament, the special conditions in which he is involved, and which, consequently, cannot be explained by the social and general causes of the phenomenon." — French sociologist, Emile Durkheim

My last blog apparently broke open the floodgates on this subject, unintentionally. Just a note, y'all: I didn't do this to put out my shingle as some sort of community counselor. I'm not. In three days, besides C (subject on my last blog), I've now had to talk three people away from dancing along the edge perilously. I would go into the details but I just don't have the energy.

It's strange how things seem to come in waves. For me they seem to be extreme tidal waves, though maybe it's just me (and maybe instead I've just worked out my quota for the next four years or more recently). But just today, our local news featured a murder / suicide. In calling my friend C to make sure she was okay, she related a story of another community member in North Carolina who came home and "walked into her house, just in time to see her wife blow her brains out."

And even sitting here writing this entry this evening, there's a program about the economy's devastation worldwide, its effects on Japan, and how increasing numbers there are turning to prayer, and then to suicide. I don't like that fact that I hear it so frequently suddenly, nor that it's had it's rather close history to me.

But for me, just like in football, when you hurt an ankle, a leg or a foot, you don't favor it. You put your weight on it to the point where you reach your pain threshold – and continue the process. In time, you push the threshold further. In time, you are able to tolerate incrementally larger amounts of the pain. Maybe it's not for everyone, but it helps me shave time off of recuperation for me. You seek out coping mechanisms as best you can.

"People say I'm crazy doing what I'm doing.
Well they give me all kinds of warnings to save me from ruin.

.... No longer riding on the merry-go-round
I just had to let it go." — Watching The Wheels, John Lennon & Yoko Ono

Coping, and finding the tools to cope, are key to living in these trying times. One of the things my friend C has been doing recently in order to cope is roughly what she's been doing before all this: avoiding her personal life and its problems and sinking herself into doing something, even volunteer work. The day after her suicide attempt, and again today, she dropped in on meeting with her state chapter of the American Foundation for Suicide Prevention (www.afsp.org). This time it was a good move.

It's highlighted some natural alliances that really shouldn't be ignored. One of the things she mentioned is how survivors noted at the meeting an anguish of how others misunderstood their family or loved one's suicide. They felt that outsiders tended to think of suicide victims as being "freakish," feelings of being ostracized and of others not understanding. She then asked me "who else does that sound like?" 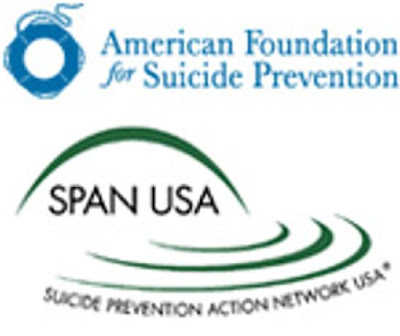 That doesn't even take into account the fact that trans people make up a disproportionate number of suicides for many obvious reasons: employment loss or long-term joblessness, family ostracization, isolation, stress, fears for their future or for their safety, etc. Just as with trans people, there are a lot of myths and misconceptions.

One thing most people may not realize is that approximately 35,000 people commit suicide in the U.S.A. annually. Suicides also consistently outnumber homicides by 3 to 2 per the Suicide Prevention Action Network (www.spanusa.org). That's over seven times the number that perished during 9/11. In one years' study for 2005, there were 32,637 suicides. Ironically, the prime ages for those committing suicide were between the ages of 35-55. This is a wake up for folks like C, and me too! But for society at large, as well as trans people, we're finding that age met where you reflect on life at a time when larger and larger swaths of society are finding that "American Dream" has vanished. It stands to reason these would be the most vulnerable ages.

And the highest per capita rate was actually from those age 75 and older, with teens and pre-teens the lowest percentage, though for those 15-24 it was still more than 10 per 100,000 people. More than twice as many women attempt suicide, however men succeed in suicide more than four times more often. In fact, women attempt suicide on average of once every 78 seconds in this country. Men actually commit suicide once every 90 minutes.

That said, women have the best coping mechanisms typically: a social circle of friends. That social circle is key to surviving this condition. Isolation, or feelings of being alone and uncared for tend to be one of the strongest symptoms of leading people to feeling suicidal.

Yet even with the prevalence of suicide, it's rarely discussed, rarely addressed in Washington and rarely ever is given a high profile in seeking legislation to proactively effect programs or measures to help mitigate the problem. Like trans issues, it's nearly always a political hot potato legislators handle gingerly it at all.

We share more than community overlap, but also some common frustrations at the political pace of progress – or lack thereof.

"Whatsoever I've feared has come to life.
Whatsoever I've fought off became my life.
Just when everyday seemed to greet me with a smile,
Sunspots have faded and now I'm doing time.
Cause I fell on ... black days.
I want to know, if this could be my fate." — Black Days, Soundgarden

There's certainly a need for us to be not only finding ways to incorporate our folks into the helping professional and suicide prevention community, but to seek a partnering on other issues as well as it relates to our community overlap. For some time, there's been discussion in the trans community about trying to expand Day of Remembrance (remembering victims of hate violence) into a larger memorial to simultaneously include victims of suicide.

They are, however, two separate issues. Hate violence deals with specifically directed violence by a person or persons that physically causes injuries or death. While suicide can have an ulterior cause being some of the discrimination and lack of understanding, or even violence threats, they tend to be more murky inasmuch as there's often no direct link to a person who committed physical violence on the victim. It's more reactive, not a physically predatory action committed toward the victim.

Further, equating the two diminishes the unique sense of pain and outrage felt by families whose loved ones died at the hands of such extreme violence. Conflating the two issues doesn't help either surviving family or friends cope adequately.

That said, there is certainly reason to be remembering the victims of suicide as well. Lord knows we've had an inordinate number of them in the trans community, even some of our community leaders.

C had also mentioned that Sept. 10 is the national day of Awareness for Suicide Prevention. Perhaps we may have an opportunity to partner with a non-GLBT entity on something that effects us both. Maybe we could port a Day of Remembrance-styled observance to the designated day for suicide awareness.

It's just a thought. But we need to keep in mind the suffering by the families and friends of suicide victims as well, and find ways to alleviate their concerns about the gulf of unawareness between us. We should be preparing ourselves now to know the reasons, symptoms, and ways of getting those still with us on a more sure footing and able to proceed with their lives. 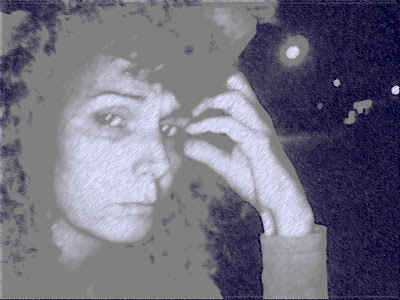 My most abject fear is that these next few years will be overly daunting enough, and that conditions will be overripe for a wave of trans people falling through the cracks of society, falling into that abyss. Worse, I feel there's a complete disconnect between our leaders – Washington politicos and our own community's advocate leaders alike. There's no sense of the stark realities down here at the bottom, and most of us tend not to look anyway out of our own fears or discomforts.

Hiding our eyes from it won't make it go away. If anything, the problem will quickly snowball and could even create reverberating echo effects from folks that would not normally be in such position save for the tragedy and coping of their own friends' untimely departure.

If we don't start seriously looking at this now, we may be paying a much greater price later.

"Try as you might to remember how a person lived his life, you always end up thinking about how he ended it." — news show host, Anderson Cooper
Posted by Vanessa E. Foster at 1:30 AM