Outrage Is All The Rage 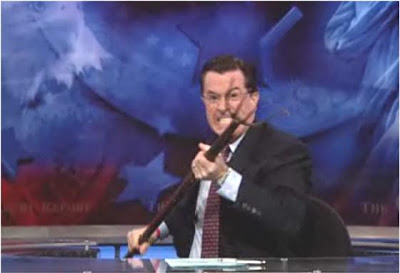 "You don't really know why
But want justify
Rippin' someone's head off....
Your best bet is to stay away, motherf*cker!
It's just one of those days!" — Break Stuff, Limp Bizkit 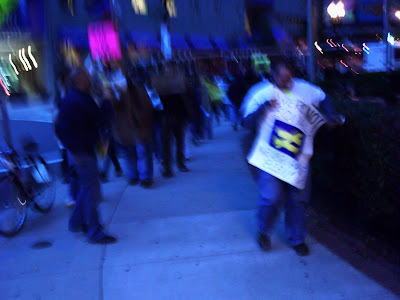 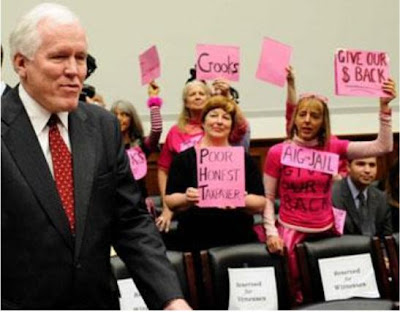 The wealthy are enraged at the Wall Street investors who've ruined their investments, and in some cases created elaborate scams over the years to literally fleece them like sheep! Americans of all stripes who are not the wealth-class are livid with the wealthy executives everywhere, who profiteer on outsourcing jobs to other countries for years, then when the workers no longer buy, again shed jobs like crazy to retain their own jobs and living standards.

Political pundits and reporters are incensed at politicians for having no answers and allowing America to end up in this financial crevasse. Politicians are demanding greedy, insensitive executives' heads on a spit. 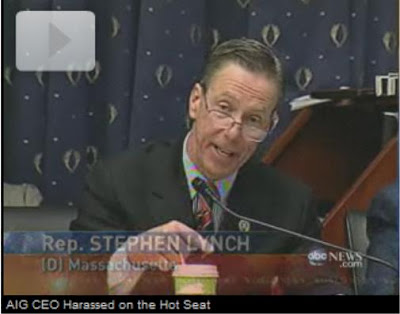 Republicans are outraged at Democrats who want to increase the deficit for infrastructure instead of just borrowing money to continue funding their tax cuts. Democrats are outraged at wealthy Republicans who voted for initial Wall Street bailouts, raised hell over spending and are now trying to run interference instead of taxing their Wall Street pals. 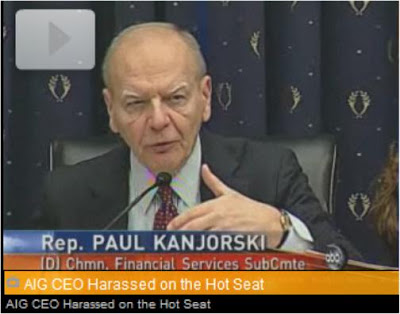 America's citizenry is livid with Washington elected officials (though more avidly so on those of parties opposite of their own), and as an example we see Tea Party efforts springing up around the country to protest. Meanwhile the President and his cabinet are starting to become testy with the critics who have them on a hot seat, wondering where the criticisms have been for the previous Administration while this economy tanked over the past couple years. 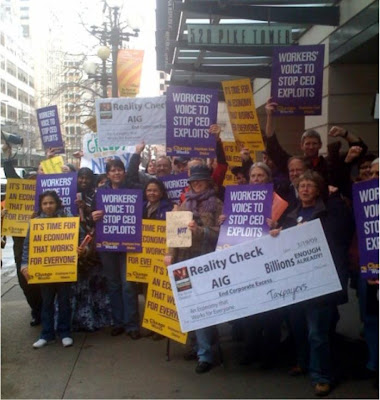 Even overseas, countries around the world are outraged and taking to the streets in mass protest over their governments, such as we've seen in France's protests against Sarkozy, and the British protests of the country's banks when the Obamas came to London. In both the U.s. and even in India where many of America's jobs were offshored to, angry employees facing layoffs commandeered and held employers hostage, with the one in India resulting in serious violence to their former boss.

This recent mood-of-the-day has begun to take on a life of its own. In some of the scenarios, if one projects this forward, we could be facing some extreme and maybe uncontrollable situations. All the ingredients are there – and this time it won't simply be World Trade Organization protests.

Even former President George w. Bush (remember the Bush-baby?) foresaw the need last year to quell some serious foreseen outrage take the 3rd Infantry Division, 1st Brigade Combat Team fresh back from Iraq, train them during the summer and deploy them on October 1, 2008 right here in the U.S. True! It's the first time ever that an entire American brigade has ever been deployed in America (per Posse Comitatus, it's supposed to be the National Guard that handles those duties – maybe the folks in Washington are angling for an ugly fight?)

Since the election went the wrong way for them, these same GOP folks who grew used to having the world by the tail are now in a very special outrage. Forget their big pundits like Rush Limbaugh wanting America to fail, we just saw an outraged conservative type taking rage to a new level by putting on his bulletproof vest, arming to the teeth and when his mom called police for a domestic dispute, ambushed and killed three Pittsburgh police officers answering the call. 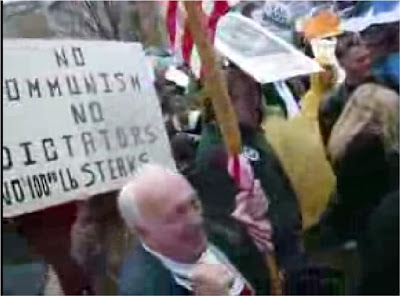 So does this mean it's time to put a lid on the rage and try to quell it? There's certainly the usual answer that this is a prudent way of dealing with a suddenly volatile situation. The last example I provided was a good example of rage gone wrong. There must be limits that aren't surpassed.

So then should all this rage be turned down and silenced?

Personally, I don't see that as being a good idea at all. It's exactly what those empowered types who've driven us to this point of utter outrage and desperation are counting on: we will self-control ourselves and simmer down, inuring ourselves to this new era of allowing the outrageous acts to continue with little to no recompense. This only emboldens the perennial transgressors to "screw" us yet again since there's no real disincentive, with an additional sense for the rest of us all to feel we were connived into letting the transgressors off the hook! That, of course, again increases the rage another notch.

At some point, the blatant disparities and the Machiavellian winner-take-all cheat-fest have to stop. We've been experiencing this sense for well over two decades and it's only building to a head. Allowing it to slide by yet again is tacit approval and leaves all those who've lost feeling the need for vindication.

Back in the day I used to half-joke about Bastille Day II coming. As Bush's arrogant presidency was nearing its end, it became much less a joke. While we have a much better sense of leadership coming from Washington these days, we're still feeling the institutions in business and politics are screwing the too-trusting White House and, most especially, the American citizens.

Something's gotta change drastically, and soon. But knowing our history and the stodgy resistance ingrained in those business and political institutions, I fear it won't change until it's forced.

There was a time when politicians, groups, etc. could disagree amicably. I remember a time when a foursome of mixed Dems and GOPers teed off at Congressional Country Club together, and never talked politics after hours.

Those days are gone. These are the days of open hatred. I'd call it the legacy of Karl Rove, but you have to go back to Ken Starr and Oliver North and Frank Church and Watergate and Vietnam to get to the beginnings of it, and I'd say it's born of the fears of the Cold War. It's fed by the fact that the major issues of the day deal with how we live our lives and passing judgment on others, and money incomprehensively squandered - trickle down in reverse. You don't mess with someone's live, loves, or money without expecting resentment, violence, or worse. I'll be the first to admit that I've come close to swinging a fist at our local octogenarian ex-KKK bigot. If I'd lost a 7-figure life savings to Bernie Madoff, he wouldn't live to see his trial - and I still bet he doesn't live that long, someone he screwed over has to be cleaning his rifle, you know it. If I were a GM pensioner who lost his pension in the inevitable bankruptcy, I'd be seriously thinking about giving Rick Wagoner a 12-gauge lobotomy.
And I admit that, if George Bush walked out drunkenly in front of my car, I'd speed up. So, I guess the current hostile nature of current events has me, too.

AC is right, it seems it is no longer acceptable in the US to be able to agree to disagree, any and all differences are to be fought to the death.

Personally, I've been privately telling people that I foresee the eventual Balkanization of the US as the only possible eventual outcome of this.