Summer Stress Starts Off With A Bang

"In times of great stress or adversity, it's always best to keep busy, to plow your anger and your energy into something positive." — former Chrysler CEO, Lee Iacocca

It's been a tough week! This coming week is Lobby Days for the National Transgender Advocacy Coalition (NTAC), and trying to get the packets printed up and the logistics coordinated for it all have been a bit stickier than usual. And to begin last week, I ended up inheriting (once again) President of Harris County's Women's Political Caucus here in Houston – just in time for putting together and conducting our city election candidate screenings! Our current president got a lobbying job in DC as of May 1, and our VP there was AWOL from her election. Nobody else has experience in the screenings but me, so .... 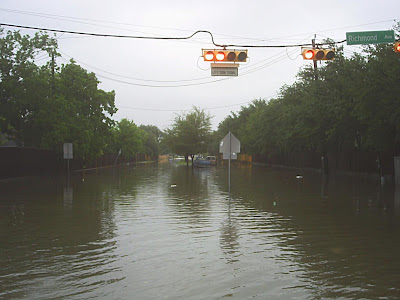 Methinks generally that I've put too much community activity on my plate and things are starting to fray around the edges, in-home family drama notwithstanding. Giving it an extra bump of Murphy's Law, we lost electricity again on three consecutive days (and I lost two first halves of a blog in the process each time – causing me not to bother with blogging until I was certain I'd have power in order to finish!) And as the week before, our block was the last one to be restored due to our wacky electrical grid! 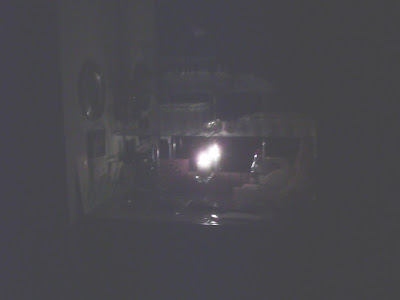 Two days' worth of our power outage here was due to a rather heavy flood in West Houston. Thankfully I had no flooding, though folks on the other side of the bayou from me weren't so fortunate. The repetitive power outages really started getting on our block's nerves. After we'd gotten power back only to have it go back off two hours later once they powered on our neighbors across the street, one lady from around the block got a bit physically hostile with the electric crew, kicking the truck and hitting the poor guy trying to head up the project. We were all pissed, but that was a bit much. 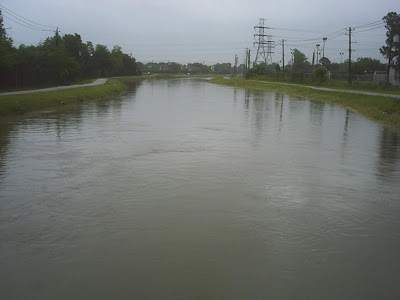 Then again it turned out she had a salt-water aquarium that overflows and floods her house when the power goes out, and she'd had two incidences of cleaning up flood water and dead fish in her house before that particular outage. Anyway, personal drama. Guess we all have it in abundance, just in time for the dog days of a very humid summer! Joy.


Instead of the previous blog I was going to write, other issues popped up instead. There was lots of big news this week: Sen. Arlen Specter's big defection from GOP to Democrat, the Hate Crimes bill passed the House of Reps, and Supreme Court has had its first resignation: Justice David Souter, the progressive Republican on the bench.

Of course the Swine Flu in the U.S. has its first death, startlingly right here in Houston (when the day before there were no reported or suspected cases!) Now, of course the confirmed cases are piling up and we have ten schools now closed until further notice.

As we were hearing of the spread of Swine Flu here and I began wondering about the impact on NTAC's Lobby Day, got a call from my friend facing foreclosure whom I'd written about a few weeks back. Hearing her voice I immediately feared it was suicide watch time, but it was a false alarm of a different kind. It turns out she was coming down with the flu just days after a trip to her local Dept. of Human Services. And of course, now, her area has gotten its first confirmations of Swine Flu ... and she's unemployed and in desperate straits as is!

To make matters even more fun, our state's Hate Crimes bill which was moving along swimmingly, defying Equality Texas' earlier predictions of certain death, has suddenly and completely inexplicably languished for nearly a month in a committee known for processing quickly and efficiently. Even more interesting is the fact that my contacts in the State House are suddenly not returning my Emails and calls.

"Seem like the whole world's walking pretty and you can't find the room to move. Well everybody better move over, that's all! I'm running on the bad side and I got my back to the wall! Tenth avenue freeze-out...." — 10th Avenue Freeze-Out, Bruce Springsteen

Further more stressing is my pool of federal-level contacts has dwindled precipitously this year. It's actually good news for them as they're getting good Administration jobs in various departments (or in one case, a paid-lobbyist position). But I get nothing out of this except four lost contacts where I could monitor what was *actually* going on in committee and on the floor, as opposed to the sugar-coated poison pills we get from our so-called "advocates" and "champions."

Many years ago when I first began lobbying, I learned that lesson of relying on my staffer contacts and not GLB or T groups. They've been invaluable to me, personally, to keep me apprised of what was coming down the pike on specific bills I inquired about. Even without being physically in Washington, I was able to find out bits of information on trans-uninclusion and backroom dealings, probably even earlier than Mara Keisling!

Losing two of my really good contacts hurts, but at least I have faith in the Obama Administration and their principles. The key is getting decent legislation coming out of Congress, which is going to be much, much more tricky.

Meanwhile, we've got upcoming HRC Gala protests and the upcoming Pride Parade (again, I'm stressing as I'm coordinating both of those and not getting too much feedback). Malcolm Gladwell, in the Tipping Point, proffered the 80/20 rule: that 20% of the people do 80% of the work. Perhaps he was being too generous in the low number and way conservative on the high one!

Summer's starting off with a bang. Now all we need's another hurricane ....

"Ideas and behavior and messages and products sometimes behave just like outbreaks of infectious disease. They are social epidemics." — author Malcolm Gladwell
Posted by Vanessa E. Foster at 2:47 PM