“Each of us also comes here tonight by way of our own improbable journey.” — Michelle Obama, Pepsi Center DNC 2008

After Sunday night’s affair at the Convention Center, I worried I wasn’t going to wake up on time.

It was a gorgeous, sunny and dry day in Denver! A perfect start to the convention week! While I got up early enough, I ended up becoming ensconced in discussion with my hostess at my personal DNC home base, Sally. Obviously on my budget, staying at the hotel at $189 per night plus whatever sundry taxes would’ve been too much. Thankfully, being transgendered is like being in the Rotary Club: you know someone, somewhere to stay with in virtually every city of any size in the U.S. While being trans has never seemed like much of an advantage to anyone, this may be the one part where it is. Most of our delegation knows no one at all in Denver, I know at least three. For the record, I did the same thing in Boston in 2004. Tranny advantage?

Back to the convention stuff, I arrived at the hotel too late for breakfast. No worries, though – one thing about conventions is there are few occasions where you don’t get a party or delegation function that doesn’t have free food (and most often, an open bar!) 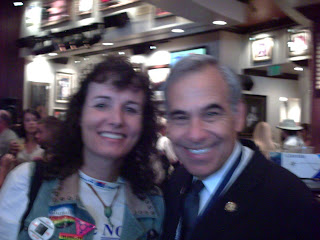 So I went immediately to grab my credentials and … major problem! I signed in and the credentials person searched but was unable to find my envelope! One thing I know is that once credentials are lost, they’re lost. They don’t reprint or reproduce them. Minor panic for me, major panic for the credentials folks. They searched like crazy for about ten minutes and I could tell they were stressing. Meanwhile, I walked over to our State Rep. Garnet Coleman and stood near him – both for a chat, and secondly to have them walk over (if needed) and inform me in his earshot that I had no credentials as an elected delegate. It wouldn’t go easily.

In time, the problem disappeared and I made a new friend. As it turned out, my envelope stuck to the back of Michael Flowers, the delegate immediately before me! Thankfully he’s an honest man and brought the extra envelope with my delegate badge back. 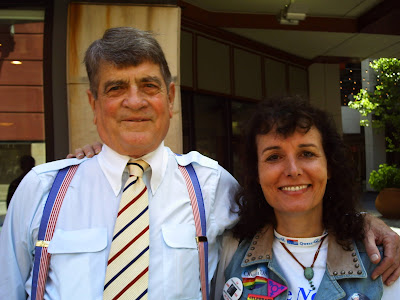 My biggest memory of the first day at convention had nothing to do with the convention itself. Texas had a brunch honoring “Good Time” Charlie Wilson of the movie “Charlie Wilson’s War.” No, Tom Hanks and Julia Roberts weren’t there. But it seemed like that kind of buzz at the Hard Rock Café in downtown Denver, with the former congressman from Lufkin holding court in a VIP room away from the rest of us.

As fate had it, my old friend Benton Musselwhite who grew up in Lufkin knew Charlie personally, and when he stepped out, we actually managed a few photos with him! Who needs to be a VIP?

After grabbing our photos, Benton, Tom Blackwell of our state’s platform committee and I headed to another meeting at the Colorado Museum of Natural History. We missed my pal, Rep. Jan Schakowsky, but did see Barney Frank’s speech (which he did a good job on, I might add).

Wrapping up was Rep. Jim McDermott of Washington, who I got a chance to go thank. His speech was picture perfect for what I was going through, detailing middle-aged and fifty-somethings who are working most of their lives with no pension, losing healthcare, losing careers late in life. This populism will not, nor should not be stifled. Republicans have made their money off of us and are living well. We paid for their “economic recovery.” We need a cathartic change! 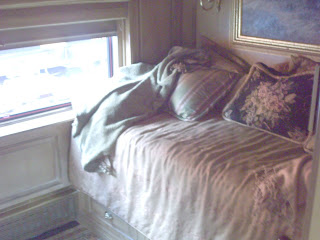 Union Pacific Railroad utilized some of their passenger trains for the party venue sponsored our Texas delegation party that afternoon. Special thanks goes out to our former Railroad Commissioner and politico extraordinaire, John Sharp, for setting this up. Roger Harris (another of my Senate District’s delegates) and I actually had a nice opportunity to sit and chat at length with Mr. Sharp (hopefully he’ll consider getting back in the political game – we need folks of his caliber in office!) 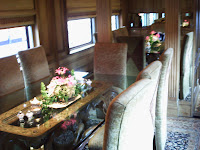 The party was quite a posh affair, but criminally under-attended! Originally I’d invited a guest, then uninvited her when I’d heard it was delegates only. Once I arrived and noticed only a couple dozen of us, plus the news that guests were allowed, I was miffed at the miscommunications. The party, though, was great. Open bar, excellent food and a truly unique space to have a party in! It was my first time on a passenger train, and I was duly impressed. With airlines struggling and the cost of fuel skyrocketing, I really wonder why we ended up doing away with rail traffic. With some updates to high-speed and a variant fuel other than petroleum-based, this really would fill a niche. At the very least, there is a romanticism with rail travel, even if it’s no more than a luxury mode.

The first evening was pretty non-descript with the line up of speakers. I spent most of my time wandering and getting signatures on a petition. While the petition idea fizzled due to over-attendance and security logistics, the first night was like 2004 in the sense I could move fairly freely. 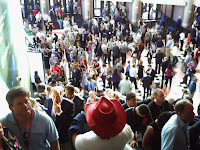 At one point, I visited with Autumn Sandeen and Pam of Pam’s House Blend in “Talk Row.” While visiting, I collected a few more signatures until an interesting incident happened. A couple obviously gay young men, one a man of color, stopped by to say “Hi” to Pam. So I asked if they would sign the petition. The POC man who I handed it to gave it a once over and refused to sign it!

Obviously I expressed incredulity that he couldn’t support such a thing, and he replied that “that whole thing didn’t play out the way everyone said. I work in the Policy Department. We were really supportive of the inclusive version, but people didn’t hear that.”

Immediately I seized upon that: I notified him that I routinely go in back of them and get reports of what’s said in lobbying from my contacts on Capitol Hill (something I’ve done since the advent of Mara). Then I asked “do you wish to say that again?!?”

He replied, “No.” Then he beat a hasty exit. They can fool the neophytes in our community all they want. They’ll have one hell of a tough time trying to pull that crap on me. 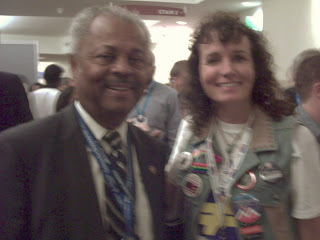 During my meandering in the hallway I did manage to grab a quick chat and photo with an old acquaintance, NJ Rep. Donald Payne. Even though it’d been nine years, he remembered me by face. He even noted being visited recently by “another transgender person,” (Babs Casbar). I take it Babs or someone with her must’ve really bent his ear. Rep. Payne’s a really good man, though. He was very patient with Monica Roberts and I and took a lot of time that morning to truly listen and learn. Sadly, that’s more exception than the rule on trans issues in Congress.

Back on the floor, I wandered a bit and caught the CNN crew sitting and looking bored during the speeches on night one. Eventually I made my way around to Indiana’s delegation and visited with Marti Abernathey. Then Michelle Obama came on to speak and I just grabbed the empty seat behind her in New Mexico’s section. It was a great spot! And Michelle Obama was phenomenal on stage! 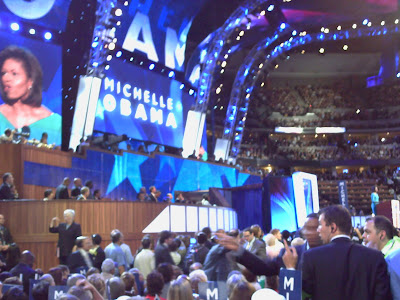 I’d known Michelle Obama was a good speaker. But there was something onstage at the convention: raw emotion! She was very heartfelt and so emotive at times that I thought she was going to break down in tears! She’d been waiting for the chance to express her side of her story to counter the media slams she’d received. She’d been trashed by the Fox News types of the media, called “angry” and had her love for country called into question and even dispossessed by “news” reports. 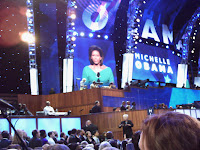 After being called Obama’s “Baby Mama” (how many first ladies have had that?) and even inferred to be a possible revolutionary, maybe even a terrorist due to her “terrorist fist jab” – also long-known as knuckle bust in Texas – Michelle Obama had need for her equal air time. She made the most of it. 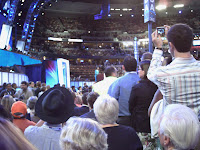 It was a fitting riposte for Michelle to her tabloidesque critics in the news media.

After the convention ended, I had a hell of a time getting out and finding my delegation for the evening party. It turns out the directions stating “the north side of Pepsi Center” were much more simplistic than the reality. Every person I asked gave me different directions. It occurred to me quickly, whether cops, security or facility staff, nobody knew which direction anything was in!

After wandering around, zig-zagging the parking lot, I got frustrated and just asked them to point me “out.” I walked to Mile High Stadium/Invesco, thinking the party was there. As fate turns out, we were at Mile High Station – a nightclub somewhere a few blocks away in the opposite direction.

Instead, I attended the CH2M Alternative Fuels party which featured a concert by none other than Willie Nelson! Willie and the band put on one hell of a show! The food was also the best of all of the week’s events. While I missed my Texas delegation, I didn’t miss the party!

Sometime after midnight, I finally began finding my way back to home base. Straggling in at this late hour was certainly going to take its toll on the first night.

“You work hard for what you want in life … your word is your bond and you do what you say you’re going to do. You treat people with dignity and respect, even if you don’t know them, and even if you don’t agree with them.” — Michelle Obama, Pepsi Center DNC 2008
Posted by Vanessa E. Foster at 10:56 PM