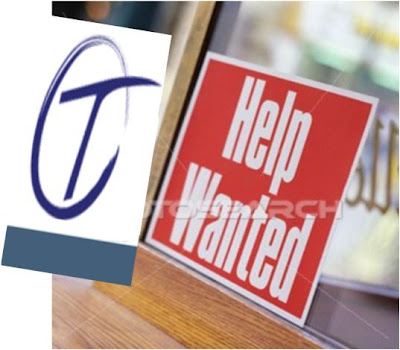 "Times are hard.
You're afraid to pay the fee.
So you find yourself somebody
Who can do the job for free." — Dirty Work, Steely Dan

Some in the activist community have recently been abuzz about a job posting that came up with National Center for Transgender Equality (NCTE). Certainly this is good news for Mara Keisling, as I'm sure it's what she desires - a buzz about her group. It keeps things lively.

The buzz though may not be what she was perhaps designed, though. The job posting is below:

The Policy Analyst will work closely with NCTE’s Executive Director to advocate on federal issues affecting transgender people; monitor federal and state policy; and educate decision-makers, the media, our members and the general public. The Policy Analyst will work to ensure that the lives and needs of transgender people are reflected in our federal laws and policies by addressing issues such as employment non-discrimination, hate crimes legislation, health care reform, privacy & documentation and many others.

Use research and analysis to create recommendations for transgender-inclusive policies and practices.

Manage relationships with lawmakers and other policy-makers to shape policies and government practices.

Cultivate sufficient knowledge to act as a subject matter expert for community members, allies, lawmakers, and
the media.

Conduct presentations and workshops for members and allies at conferences and public venues.

Collaborative spirit and the ability to work well within a team of fun-loving, hard-working professionals.

Someone had sent that to me, knowing my employment situation, saying "don't you do this type of work?" Indeed, it is advertising for, in essence, a lobbyist. Someone to "cultivate knowledge" and "manage relationships" with lawmakers in Washington, and then answer to the Executive Director.

It begs a couple questions:

If Mara's hiring a lobbyist, what happened to her original raison d'etre: to be "the one", the "Washington insider" who is Capitol Hill's "go to" trans contact - the "one contact" to keep from having separate contacts, thus separate agendas in theory? In a tunnel-vision like focus, Mara has insistently pursued this singular "insider" position to act as liaison to the trans community. 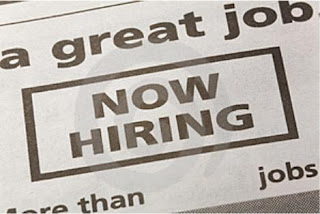 In her initial days in 2002, those around then remember that Mara was to be a one-person operation -- the hired lobbyist on New Years 2003. Summer of that year she decided she needed to choose a board and become an organization, though still a one-person office. By late that year, she was pushing for memberships.

Initially Mara eschewed lobby days, panning NTAC for them, calling them "ineffective", "pointless", "does more harm than good", and that "professional organizations like NGLTF and HRC don't have organized lobby days" and how "we" needed to be more like them -- professional. That was before she tagged along on NTAC's 2004 Lobby Day, and the next year, she was organizing her own NCTE Lobby Days (a bit unusual for someone more controlled with messaging).

Nevertheless, the organized lobby events don't come across the same as when it's staff; the representatives of the organization. Hiring someone else in is counterintuitive for Mara Keisling. If nothing else, Mara is a master at "positioning," in marketing parlance. Moving herself out of the direct contact of the congress critters distances her from that limelight and also runs the risk someone can wedge between her and the "inside" – even from her own group.

It's hard to fathom someone with that level of message control fixation as well as the constant need to position herself, allowing this task – the Washington insider role – to someone else.

"Well, I'm a Washington insider, and you know, that's quite silly. What does that even mean?" — journalist & author, Bob Woodward

There's another lesser known possible explanation. Scuttlebutt on the Hill has it that Mara's not seen favorably in a number of offices on the Hill. The recent attempt to circumvent Barney Frank and LCCR on the Hate Crimes bill drove a wedge between her and the out Gay/Lesbian members on the Hill. Additionally, a number of the new Dems from 2006 have had a less-than-favorable impression as well.

It's something I'd heard years before from our "friendly contacts" within two of the LGBT organizations on the Hill, having to establish meetings for Mara in certain offices and even descriptions of her attempting to use, as one contact put it, her previous gender's "privilege."

Even her visit in 2004 on NTAC's Lobby Day to Sen. Ted Kennedy's office was an eye opener. Both Ethan St. Pierre and his wife Karen were stunned to hear her drop the "F-bomb" in the visit with the aide – not once, but twice! It wasn't in anger; just dropped in the course of conversation. For the record, that's something anathematic to NTAC – no cussing or epithets while lobbying, even in anger.

Maybe there's a cumulative unfavorable impression on the Hill that's built up about Mara over the years? But for her to willing displace herself as that "go to" for Congress, and moving from the "insider" to the one the insider reports to just defies conventional logic.

And it begs a last question: if Mara's not the lobbyist on the Hill, then what exactly is her function?