“I think we'll get to the point where we should be insisting that liberals support marriage. I mean, nobody believes that they're really personally against it. They're just being political. I'd rather have them admit that.” — Congressman Barney Frank from April 2009 Advocate.com

After being locked up in a dead heat in committee earlier in the month, the committee moved HB436, the same-sex marriage to the legislature and the New Hampshire House of Representatives passed it. The state's gay and lesbian community eagerly await its submission to the state senate (where Democrats hold a 14-9 edge). 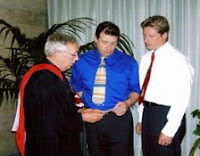 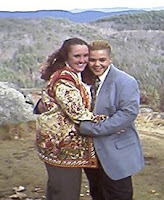 Now it's become a bit of a race between Vermont, New York and New Hampshire to see which will get their bill signed and become the third state in the union to approve of same-sex marriage. Vermont's seems to have the worst chance as their Gov. Jim Douglas has already come out with threats to veto. New York still has a way to go, so it could possibly be the Granite State taking the third state honors.

The excitement was palpable on the New Hampshire Freedom To Marry Coalition website (http://www.nhftm.org/)

Today the House voted 186 to 179 to pass HB436 to extend marriage equality to gay/lesbian couples.

In what was an extremely close vote the house ultimately passed marrige [sic] equality on to the Senate.

This was a very close vote and we succeeded only because so many of you contacted your elected officials.

We need to match their efforts call for call, and that will take resources.

The New Hampshire House also voted to kill the anti-discrimination act for gender identity and expression, even though it was approved by vote to send to the legislature by the Judiciary Committee. 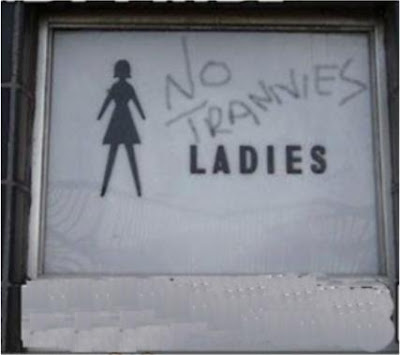 Republicans in the state referred to it exclusively as "the bathroom bill." To the GOP, it's all it was about. Forget trans unemployment and the difficulties surrounding just finding a job; in conservative circles they just can't get their mind out of the bathroom or the thought of us in them! (Forget the fact that we already use the restrooms with them on a daily basis and they have no clue.)

Rep. Joseph Hagan said he voted against it as a conservative who feels gender issues, "are one small facet of a much broader psychiatric illness." He said that if transsexuals get more rights, others will lose them.

In addition fifty-two Democrats were absent from roll call when it voted 157 - 172 to kill the bill. That's right, 52 Democrats took a walk on the transgender bill. Tres considerate!

The trans community's hope for employment in New Hampshire's laws was flushed down the same toilet that the Family Research Council and other religiopolitical supporters used to scare everyone away.

New Hampshire Freedom To Marry was a little more subdued reporting on the Trans bill failure:

This is a respectable vote considering this was the first time the issue had ever been discussed in the NH legislature. The bill will be reintroduced in 2011.

It appears that we may soon end up with a third state allowing same-sex couples to marry. Six years after the Massachusetts history was set, it's something the New Hampshire LGBT community has been waiting for.

However, it may also be the third state where we can marry ... but if you're transgender, you still have no right to work.

I'm always shocked at how this works out. Yes, the LGB can marry but if you're trans, you can't do the simplest things in life (like go to the bathroom safely!).

Was that a bus that rumbled over us?

Incremental progress is a lie - always has been, always will be.

Those who have fed it to us are liars - always have been, always will be.

Those who continue to feed it to us are our enemies - always have been, always will be...

because this is the result that they have always intended. Everything for them - while we continue to die in their gutter.

hi this is random but somehow i ended up here whl etrying to find a way out of a predicament...im transgender going on 5 months.i recently joined a website.lpsg.org(i know i am aperv!!)anyhoo ive been banned for no reason other than i was "haraasing"others ..in context defending my rights as a transgender while cyber bullied and victimised.the so called moderator said it was for"life"while the attackers stay scot 'free.what do u think i should do from here??