Bright Prospects On Federal Hate Crimes Bill? I Think Not .... 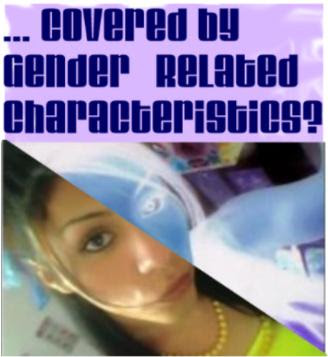 "Once you hear the details of victory, it is hard to distinguish it from a defeat." — Jean Paul Sartre

The past two days I've read one article and listened to conservative George Will announce that Republicans will have to give up their opposition to gay rights and start focusing on things that are truly their core issues. Marriage, something that wasn’t on the radar six years ago, is being pushed forward at warp speed and seeming to gain widespread media and even increasing political support – if not necessarily public majority as yet. Even a gay friend of mine sounded practically chirpy about the bright prospects of true equality being imminent.

These are heady times for the GL portion of the GLBT community.

Yet even with this backdrop, the battle over even the most basic of human rights for transgenders – hate crimes protections – are being argued, stonewalled and threatened with extinction in the near-term if the trannies don't play nice. There's rumor that the wording from the previous Hate Crimes bill in the 110th Congress will be used again this session, even with the quirk in wording that made the definition of gender identity sound instead like gender expression, rather than an either / or proposition.

This should be verified for me shortly, but at the moment, I'm having to piece things together from (thankfully) three different directions, two from the Hill and one from an in-the-beltway organization contact. There's a number of stories involved in this. The first is that the wording we didn't like before is being pushed forward on this, but it's not the expected culprit – Barney Frank – that's driving it. Per one contact, it’s the Senate being impossibly rigid. Per another, it's actually our old friend Wade Henderson with the Legislative Council for Civil Rights (LCCR) insisting upon this language going forward.

It's unknown if it's only one of the two stories, or if it's a combination of the two (which is likely).

Another alarming sidebar I discovered was that Mara Keisling and unspecified "others" from the United ENDA Coalition attempted to back-channel Barney Frank and deal with LCCR’s Henderson directly. As it turned, this was one time Mara was attempting to do the right thing by getting better wording. Unfortunately, they didn't count on Henderson double-crossing them. The one thing I gather from the three pieces of information is that it isn't quite Barney's ability to change the bill. Wade Henderson will drive this vehicle.

After dealing with him some years back, and the ownership Henderson & LCCR claim on all hate crimes related subject, this scenario makes the most sense. Sen. Ted Kennedy (and for the first time I heard Sen. Orrin Hatch's name) will remain intransigent as well, and again Barney's in no position to move him.

Another curious thing is the silence coming from the primary parties in DC on all the requests for information on Hate Crimes has been deafening. This brings up a number of questions: if Mara and other unnamed United ENDA groups or representatives were busted by LCCR's Henderson, why are they remaining silent? I’ve heard why Barney Frank isn’t going to help, but what happened to Human Rights Campaign (HRC)? Are they skulking into the dark corners hoping to avoid detection and save themselves from the shit storm, maybe supporting the language or playing the shill for Henderson & LCCR?

"A government of laws, and not of men." — former President, John Adams

In lay terms, let's say a transsexual is attacked after the attacker had long known him or her and had no problems with them previously as they had no knowledge they were trans. There was no characteristic that tipped the attacker, therefore, no attack. But later, the attacker discovers this victim is transsexual and subsequently attacks. As no characteristic provoked the attacker, it is the person's identity that draws the violence. A good example of this would've been the recent Angie Zapata case in Greeley, CO, where the attacker was with her the entire night, had no clue and thus no reaction. Once Angie stepped away to the store, her assailant snooped through her things, discovering her secret and killed her upon returning from the store.

In a different context, think of the same thing occurring to someone refuted to be a crossdresser, though not attacked while crossdressed. When they're attacked in male mode, there's no gender-related characteristic evident in provoking the attack, merely someone's rumor of this person's transgendered identity.

So we have a bill submitted with no ability to do the "education" that Ol' Barn' so chided us for not doing last time. HRC's sitting back in silence with their little Cheshire Cat smile, thinking we're not noticing them. The United ENDA folks and Mara were initially working on getting better language, but are now sitting like pretty maids all in a row with painted-on smiles, and if forced to it, may well respond "all is fine, everyone's included." We also have Wade the evil puppeteer pulling strings and browbeating everyone into GOP partisan-styled discipline.

And we've got the rest of the trans community sitting outside the circled stonewall being told everything's fine, just go away and pretend not to notice the wall right in our face. Or else!

And somehow we’re supposed to be good with all of this? I can only speak for myself; but the more I hear, the more uneasy I get. We haven't even gotten to ENDA yet (and I've already gotten word of some of the gay staffers brush-back, much less the legislators they work for and influence!) What wonderful days for equality and marriage … and why do I not feel so breezy about our own prospects?

I can't worry about this stuff tomorrow – other important fish to fry, as Texas GOPers are circumventing process and trying to ramrod a Voter ID bill through the Senate, to which I'll go testify. And I’m still getting stonewalled in our own state Hate Crimes bill expansion for gender identity. And still unemployed too!

I have been getting "Great News" from DC. Barney Frank may not stab us in the back. To Mara I say good work, the NGLTF is a awesome force to align with but don't try and HRC(Bullshit) us. Lets not have 'Gala' celebrations until we have something to celebrate.
What has actually changed. Same players saying the same thing. We may see a gender inclusive ENDA sometime this year, with Franks, blessings and no, absolutely no objections from anyone, after the GL's have had there battles.
Still Unemployed

Great post, Vanessa.
Just one correction, LCCR is an acronym for the Leadership Conference on Civil Rights.

Do you ever post a poor column, Vanessa! LOL. Thanks for the update and if Mara and United ENDA have managed no more than you say here it's been a good fight.