Victims Die, But Opportunism Lives On .... 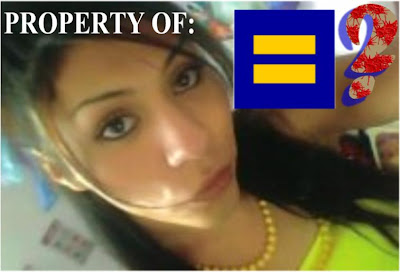 “Almost all of our relationships begin and most of them continue as forms of mutual exploitation, a mental or physical barter, to be terminated when one or both parties run out of goods.” — W. H. Auden, poet

We recently saw an HRC statement on the death of Angie Zapata. Now that they’ve hired a trans person once again, it appears they’re appointing themselves as being de facto voice for the trans community. They actually have a tranny this time, and quote her in their statement. Forget the fact that it’s a rather thinly-veiled attempt by Joe Solmonese to a) get himself some free publicity on a trans death, b) attempt to paint his public relations iimage in a good light and on the cheap, and c) capitalize on a trans death in order to somehow capitalize on it. It’s all for their own furtherance – whether pushing for their coverage in legislation or raising funds for themselves as being “the transgender community’s primary advocate and voice” (not my impression, mind you!) or both.

You’ve gotta hand it to HRC: they’re veritable bloodhounds when it comes to sniffing out opportunities to bolster their PR or their bottom line. What’s astonishing is how remarkably shameless they are about it.

Yes, their transgender employee, Allyson Robinson, gave a solid response. Yet even in reading it, it appeared to be more a vehicle for JoeSo and HRC than anything. No real surprise.

It never ceases to amaze me how oblivious they seem to be about presuming (incorrectly) that they are the trans community’s leaders. Or how we do not look to them as being an adequate spokesgroup. Or how disconnected they are from the very community they declare to speak for.

Or how unlikely it would be to see trans people co-opting a gay or lesbian hate crime as a way to build PR and then seeking to raise funds for themselves being LGBT.

News flash to HRC: some of us aren’t that ignorant. Yes, some of us have been paying attention and taking note the whole time. Simply because we’ve mostly held our collective tongue doesn’t mean we’re brain dead. We’ve been trying to break the “petty” and “shrill” stereotype by being a bit more civil. But if civility produces the result that we’re mindless sheep to be fleeced, then we’ll abandon that post-haste.

Back in 1998 after Matthew Shepard was attacked, I’d suggested a march to the state capital in Austin (gas was much cheaper and wages were higher then!) Most respondents on Houston’s Activist Network thought it was a great idea, but two expressed outrage that I as a trans person would even fathom leading something like this. In a nutshell, they considered it bald opportunism on their community’s tragedy and an attempt to steal their community’s rightful voice (which in honesty never occurred to me before that). In deference, I backed off.

Once Shepard passed, I worked as a volunteer on the vigil, but it was coordinated and run by the gay community and I kept my place in support only. It was the right thing to do.

Years later after Sakia Gunn was brazenly stabbed in downtown Newark, the trans community noted a distinct lack of press and activity around it by the gay and lesbian community. The family of Sakia Gunn actually traveled to Boston, coincidentally on a week I happened to be there visiting. I met the family, heard of their plight in getting no traction with the school district or city leaders and was taken by their heartbreak. They noted an upcoming march to draw attention to the violence there, and we committed then to have someone from NTAC (National Transgender Advocacy Coalition) attend (not lead, support).

The timing of the march coincided with the Vagina-Day Monologues in Los Angeles – arguably one of the the transgender community’s biggest, most visible events ever. No matter, we made the commitment and (although unemployed) I flew up myself and brought out three other local NTAC members to march along with the family and the community. Beyond two local PFLAG parents, we were the only non-POC faces attending. And beyond NAACP, we were the only organization to send national-level representation. Nowhere was HRC or any other national gay and lesbian orgs to be found.

That said, we at NTAC never put out press, never pushed for spotlight on the tragedy, never opportunized on it in any fashion. We in the transgender community are perpetually dismissed as “naïve” and politically uneducated. Yet we know propriety. We actually have boundaries (something that’s never recognized).

Contrast that with former HRC Exec. Dir. Elizabeth Birch who asked to speak to a crowd gathered for an anti-violence rally for transgender hate victims Stephanie Thomas and Ukea Davis, and who during her speech called for “immediate passage of the Hate Crimes bill” pending in Congress at that time. A bill, mind you, that had no gender identity inclusion for the very victims she was utilizing to pass it.

"Whether this turns out to be a hate crime or not, it has had the effect of a hate crime. Hate crimes are unique in that they affect more than just the immediate victims. These crimes are meant to send a message of fear to entire communities and terrorize everyone within those communities.” — Elizabeth Birch, former Exec. Dir, HRC during vigil for Stephanie Thomas and Ukea Davis.

Contrast it with the fundraising they did after a local gay man brought Paula Mitchell, mother of a two-spirit / trans teen from Cortez, Colorado at their banquet at a time that still had no inclusive hate crimes legislation being urged.

Contrast it with the brief attempt to seize upon the Gwen Araujo murder and the resulting media juggernaut by attempting to woo the family away from the trans activists surrounding them. HRC even briefly used Gwen’s death – again – in a press release as reason to push forward a piece of Hate Crimes legislation that had no inclusion for the victim of which they were conveniently availing themselves. After an immediate outrage sprung forth, they removed the reference.

Contrast with what we’re seeing now with Angie Zapata. Yes there is a piece of supportive legislation this time – one difference. Yet it’s not the trans community organizations but the gay and lesbian-led, created, and focused organization that seizes upon this. People who think they won’t use this to further their PR in tranny-land and raise funds for themselves therewith are not living in reality.

But when it comes to transgender community tragedies, there are no boundaries. It’s an aggressive, opportunity free-for-all. Does anyone notice the distinction there?

If the gay and lesbian community were perpetually under-funded (or unfounded), voiceless, in dire need of getting the message out on an issue with virtually no public awareness, and if it were another community – the trans community in this instance – that held the keys and kept them from access to the resources, education and visibility their issues so needed, I would better understand. Those bounds would’ve been crossed, but I could see where the logic of this desperation would come from.

Yet, the opposite is true. They have multiple organizations with seven (and in the case of HRC, eight figure) annual budgets, with infrastructure in place. They have a loud (some in straight America might consider petty or shrill) voice. They have public awareness in media – even two networks devoted to gay and lesbian programming! They also have the access to Congress and hold those keys in their own hand. The trans community has none of that.

Yet, we find the gay and lesbian community, personified by their most prominent organization, being the party desperately wanting to capitalize on a transgender community issue!

And doubtless, they’ll take this blog as being “shrill” and “petty” … and attempting to cut-off the generosity of spirit we should share with others in the community.

Well, generosity is not all it’s cracked up to be. There’s no fool like an old fool, you know?

Propriety is something that never sees equanimity. And this is appropriate?

Our victims will continue disproportionately being attacked and murdered. And opportunism by those outside of Trans America will live on ….

“Advocates of capitalism are very apt to appeal to the sacred principles of liberty, which are embodied in one maxim: The fortunate must not be restrained in the exercise of tyranny over the unfortunate” — Bertrand Russell, philosopher

“If one benefits tangibly from the exploitation of others who are weak, is one morally implicated in their predicament? Or are basic rights of human existence confined to the civilized societies that are wealthy enough to afford them? Our values are defined by what we will tolerate when it is done to others.” — William Greider, columnist, author
Posted by Vanessa E. Foster at 11:22 PM

Great article, Vanessa. This is why I have chosen to speak out and work for transgender causes. Last year, TDOR I made a promise in the memories of Rita Hester and Tyra Hunter that their deaths would not be for naught. I'm keep that promise. I'm not going to let HRC and anybody else who exploits us grab the spotlight and yet could care less about us.