"Fool me once, shame on you. Fool me twice, shame on me." — Chinese Proverb
The rumors have been flying for some time, and even recently Donna Rose noted on her blog about meeting with Joe Solmonese with HRC. One might think she’s going there to give them a piece of her mind (or another piece as she’s already made public her opinions post-ENDA).

As it turns out, that’s not the case. A friend of mine there locally reported of the upcoming San Francisco HRC Banquet and its accompanying protest from the bay area’s GLBT community in a show of strength. Of course, we recently received a press release of HRC holding up their current Business Council trans person, Diego Sanchez as speaker (fresh from testimony on Capitol Hill.) It wasn’t the press blurb over Diego that really got my attention, but the report that another trans person was working hard to be the trans keynote there: Donna Rose. Per the note, she was trying to be “the bridge between the two parties” by addressing the banquet.

Needless to say, this is not what I expected from Donna after her departure last fall.

Noting the recent comments on her own blog about speaking with HRC’s JoeSo, I began wondering what this was about. Ethan St. Pierre apparently had similar concerns and asked her outright: to which she confirmed she was to meet with him. It doesn’t make sense to travel to DC to give JoeSo another piece of her mind in these days of high-dollar travel, so something else is afoot. Didn’t sound good. 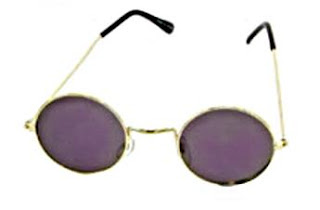 So the news I received today, coupled with the blog where Donna indeed noted being in DC, and even attending an HRC hosted event, piqued the curiosity. According to my well-placed source (I can’t divulge, unfortunately), Donna is intending to meet with JoeSo to try to seek forging a new working relationship with them (what that is wasn’t elaborated). This development is troubling.

First off, it’s inconsistent. After all of the high profile quotes from Ms. Rose after her and James Green’s co-departures from HRC, and then rhetoric level, I’m at a loss on what she hopes to gain. Just recently Donna even published a blog post on July 20, 2008 quoting James Green’s own sentiments on HRC:

“As for HRC and Diego [Sanchez], I’m afraid that inside the Westin St. Francis Hotel it’s going to be a lot of everyone patting themselves on the back for all the fabulous things HRC has done to move forward in the “Race for Equality” - and they have done some good things, as well as bad. In the long run, it’s just a fundraiser, it’s all about money. I was appalled at their recent press release claiming that ENDA was introduced 13 years ago to achieve LGBT equality in the workplace. 13 years ago, ENDA was not any more trans-inclusive than it is today. They’re trying to reposition themselves as champions for us when they can’t even look us in the eye. I wish Diego luck, and I woudn’t want to be in his shoes. They’ll probably give him lots of love and support and hold him up as the model of a well-behaved transguy (not like those ingrates and rabblerousers outside who don’t have $300 and a tuxedo to attend the dinner and who obviously don’t understand politics!! - that was meant to be sarcastic, by the way.) I think HRC is also a tool, not the goal, not the saviour, not the answer. We don’t have a grip on this tool, so we can’t rely on it. I still believe HRC needs to own its mistake on ENDA and apologize publicly to the entire community, not just to a few of us behind closed doors. But I also think that we must not let HRC consume our energy or resources as we move forward to address our issues. They don’t own the world, not even the LGBT world; and we must play in a bigger arena than just the LGBT world.”

Strong sentiments from James, and (at least to me) pretty unequivocal – though maybe I’m not spotting any nuanced politic-speak. Since Green and Rose departed, the two began a well-publicized venture between them to do workplace education as a business (instead of non-profit) to help subsidize their income a bit. So if they’re in business, actually even competing against HRC’s business council (which they used to sit on) for some of the educational needs in the workplace, what would they want to be visiting with JoeSo for?

Secondly, there’s nothing to be gained from HRC. One thing I’ve noted with particular consistency over the years is that HRC is – in a word – vindictive. Once slighted, they will grind that axe down to the axhandle, and then some. It was something I thought Donna and James would’ve known. If not, I’m surprised. At best, HRC may allow them in under the guise of “letting bygones be bygones” and all that. But make no mistake, there will be no quarter given on their side after this – most especially if Donna is going to them! They will be getting all of the benefits they once got out of them and then some – meanwhile they will do so at a bargain rate. If she’s actually intending to beseech JoeSo for favor of some type, she’s about to get schooled by very seasoned and cunning pros – whether sublimely or whether in open bitch-slap fashion.

Lastly, this whole display just adds to the already existent image of the trans community: we are completely irresolute. If the going gets tough for us, HRC is fully aware we won’t all hang together. Someone will collapse like a cheap tent (always under the guise that they individually are the chosen trans-ones, and the only ones who can “reach” HRC and convince them to accept transgenders as equal.) To be sure, HRC will smile and give them the impression they truly buy that crap, bedazzling them afterwards with their newfound press visibility talking up their “heroic” work. Then once the signal is given, HRC will pull the rug out, declare that they don’t give a crap about any “bridges” to the trans community, can’t risk inclusive legislation, and will leave these latest “heroes” on the ground broken, betrayed and blue. It’s business, baby.

Most of us learn these things the first time. What gets me is how some actually go back for a second round to see it happens again. Why? Maybe they miss the old spotlight, have attention withdrawals, or feel if they had just “one more chance,” they could set the history they knew in their minds were destined just for them. Unfortunately HRC has other plans, and paramount is achieving their bottom line (and keeping us around for some indefinite future time is what they believe will help keep them in fundraising in keeping their jobs in the decades to come as they then need to work on trans rights for we hapless ones -- or so they believe).

So Donna will go to DC to visit with JoeSo in his home stadium in hopes of a win. Instead, JoeSo is going to summarily hand her back her ass and figuratively ride her out of town. Maybe this lesson will stick.

What bothers me most is how naïve and ineffectual that paints the rest of us as in the Trans community. We really need to know better.

Vanessa,
May I re-post this on my blog?

Oh, E-mail me at: MonicaHelms@earthlink.net

Donna Rose would go back to work for HRC in a heartbeat, and will. It's all about the spot light.

I posted a comment on another blog recently regarding the history of T activism, and the fact that HRC will probably screw us over, because they always have.....and one comment was "I don't think the history matters."

Well, the history does matter. The history is that HRC lies, blocks, cheats, steals, and subverts the T community. But the history doesn't matter anymore, so we see people making the same mistakes others before them did, and see others repeating past mistakes.

It's really amazing to see someone who has experience in the T community, doing business with Joe Solmonese, a man who is somewhat less honest than your typical pay-on-the-lot used car lot owner. Of course, the 1975 Vega he's hawking is a creampuff that will be delivered by Barney Frank himself, trailing blue oil smoke from the bad rings. I'm not planning to test drive this new arrival.