As Blows The Wind, So Flies The Flag 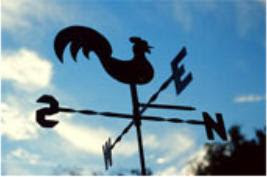 “im a f*cking libra i change my mind like the wind changes direction” — blogger, Jake Childs on HoustonBeats blog.

Awaken to the new day and step outside to feel the wind and the direction it takes today. For most of us it’s something we acknowledge but mostly take for granted meaning more than it’s breezy. For a few, it means a whole new course in life, a new plan, a new face … today’s version of “absolute.”

Bay Windows put out an article on the upcoming (and ever changing) congressional hearings on transgender issues in Congress. [http://www.baywindows.com/index.php?ch=news≻=glbt&sc2=news&sc3=&id=76161]

As I read the article, it was interesting to see two groups names prominent: NCTE (who originally was to have worked this with Barney Frank, but appeared to be getting eased out of it by…) HRC (who we’d heard in recent months was the extra-congressional controller of this effort.)

The congressional hearing is a good thing (possibly … as long as the congress critters don’t just treat this as a patronizing charade for the naïfs they deem us trans folk to be.) It’s also historic in a sense (though there was also a previous hearing put on by the same two parties – HRC and NCTE – for the Federal Employee Protection Act (FEPA) in the previous congressional session). I remember how that turned out.

In case you didn’t know about FEPA, it was submitted just weeks after Donna Schroer, a trans person, decorated and retired army officer with a special focus in mideast anti-terrorism, was denied a position at the U.S. Library of Congress as a terrorism analyst that was originally offered, then later rescinded because (then) he was preparing to transition to female. FEPA was originally submitted in 2005 without gender identity coverage. In this session, regardless of the hearing (window-dressing), there is still no inclusion of gender identity nor indication that it will be added. (See the first sentence of the previous paragraph again).

What makes this funny is the gymnastics of NCTE, and particularly their Exec. Dir. Mara Keisling in this whole positioning exercise.

Mara’s recently been doing the Riki Wilchins-style traveling show spanning the country over the past couple months. (Don’t ask me where she gets that kind of budget in this high-dollar traveling season) And apparently, an occasional HRC board member will sit in on some of these ‘get-to-know-me’ visits and leave … well, a little miffed because of the HRC-bashing.

It’s NCTE’s “I-Hate-HRC” tour and coming to a town near you (bring your checkbooks).

She even presented one recently in Phoenix where Donna Rose noted in her blog about the crowd, the diversity, etc. Unusual for Donna, there was nothing about raising funds for NCTE or the expected discussion of the good work they do, etc. Donna’s long been a active and vocal supporter of NCTE and their work. I noticed the omission (no doubt by Mara as well). It may be nothing or it may be something, but it was different.

However, before the most recent Mara tour began, stories were coming out of DC that Mara was meeting with Joe Solmonese again.

That was a big switch from the NCTE board members last fall coming out saying they felt viciously betrayed, would not work with HRC, and the NCTE board chair going so far as to demand the resignation of Joe Solmonese (among other things). Even Mara herself called them “immoral” and “liars.”

Even Joe Solmonese has been doing his best to cover his tracks after his speech at Southern Comfort Conference last fall, continuing to distance himself from his comments of support. His words have been anything but encouraging on the prospect of inclusion or egalitarianism.

So today we awaken, the wind changes and everything past has been swept away as if it were never there. “Immoral liars” and politically unrealistic “stupid asses” (to quote Rep. Barney Frank) are working together on another congressional hearing. The skies are blue, it’s a shiny, happy world and we in the trans community are supposed to – what? – believe this?

These two parties may feign having a short memory, but I guarantee you that’s not the case. Both of those parties have very long streaks of vindication, even still. Want proof? Ask either of them when they’ve even believed or trusted anyone from NTAC – or for that matter, folks in the general, non-elite segment of the trans community. Never. Nor will they.

And at some point after they declare “victory,” these two will then have us believe they’re “forgiving and forgetting?”

There’s something that smells to high heaven here. Maybe it’s just me, but I truly feel the trans community has been played this past year(s). Maybe this indignation we’ve been seeing has been a clever act, constructed to make us feel they’re on our side while keeping us relatively silent by portraying both the pro-HRC and the anti-HRC voice.

If my calculations are correct, we are seeing the beginnings of the next wave of “HRC is our friend, HRC is our hero.” And the lamb lies down with the lion once again. Haven’t we been here before …?

"The lion shall lay down with the lamb, but the lamb won't get much sleep." — Woody Allen
Posted by Vanessa E. Foster at 11:41 PM

This is an incredibly high-stakes hearing, and it is being put on by people I can't come close to trusting (other than to lie, cheat, and screw up), in Frank and HRC.

I'm frankly scared for the witnesses involved. They're a good lineup, although I'd have liked to see more diversity. However, the witnesses aren't my concern; what may be about to be done to them, is. As a C-SPAN junkie, I well remember the Watergate/Ervin hearings, the Church committee on intelligence, the hearings with Oliver North on Iran-Contra, and many others over the years. Is Frank (and HRC's) intention to really showcase the issues of the T community, regarding unemployment, and prove to a skeptical group of 50 or so Congressmen that it's time? Or is it to attempt to prove that T people are jokes, and not deserving of protection, to a point where the T community must accept HRC and Frank's version of reality?

My VCR will be set, that is for sure. I admit that I'll probably read Autumm's blog, before I bother to watch those tapes, because I really don't want to watch it if it becomes a train wreck.

I can't remember a matter arising in T politics that could be so potentially revolutionary, or so likely to destroy any political chances to achieve anything at any level for the next decade or so, as these hearings. I feel like John Lithgow, as the preacher in "Footloose", preaching the Sunday before the prom - it is, indeed, fraught with danger. Of course, the Chinese symbols for danger and opportunity are the same.

I wish the witnesses good luck, and watch your glueals.

And now in this corner, fighting in a lovely blue and yellow equal sign....
Its professional political wrestling....
If it wasn't so tragic it would be a funny joke.
Franks kicks us for what, 20 solid years. HRC turns it's back on us last year for the 3rd time in a row?
Cynical, no I am way past that. Frank will not miss this opportunity.
Just as we begin to gain hope he will stab us in he back, again.
Or maybe not. Maybe the political backlash from 07 and the cascade of accepting cities and counties will influence him.
But I'm still scared of this man. He hurts us.