Teaching Inclusive Organizations To Be Inclusive

“I read the news today, oh boy ….
And though the news was rather sad
Well, I just had to laugh….” — A Day In The Life, the Beatles

A recent publication came out, along with the splashy press, entitled “Opening the Door to the Inclusion of Transgender People: The Nine Keys to Making Lesbian, Gay, Bisexual and Transgender Organizations Fully Transgender-Inclusive.” Sad as the situation may be, as the song says: “I just had to laugh ….” 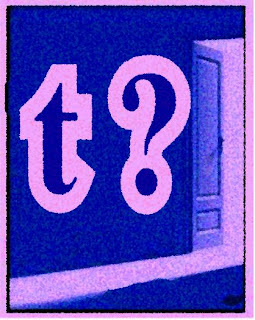 For well over a decade, numerous trans activists have come to the fore and worked shoulder-to-shoulder with the gay and lesbian community on any number of issues. Yet so many years after the trans community has been visibly and noticeably active to at least gay and lesbian activist organizations, and after most of them (save more conservative groups a la HRC) came out and proclaimed inclusion of transgender, we now need a text to teach them how to be inclusive. Why?

Maybe it was just stupid of folks like me to presume they would know how it what it would take to be considered, feel and be treated as an equal. For some reason, I thought that was what they themselves were sociopolitically working on all these years. Wasn’t it?

The G&L community has enjoyed a modicum of success even with their predecessors into civil rights – the African American community. They’re part of their political process now, worked their issues from inside their organizations and politics and even at times Chiefs of Staff of some of their elected offices.

And would they think that being treated, considered for their talents, and hired as they had over the years would somehow not translate to trans people? Apparently not. There’s something about us they don’t have faith in.

In a sense, I understand what NCTE is trying to say with this publication: we say we’re “equal”, but we’re really not. In another sense, I can see it rendering her very organization and others that are trans specific as redundant and pointless. If groups exist that are unequivocally equivalent GLBT functions, then why a need for specific groups geared towards transgender?

Truth is that we’ve never been commensurate parts of their organizations, much less their agenda or even leadership. However, noting the disparities is proper but not necessarily considered polite in some circles. About five or six years ago, I brought this lack of reciprocity and inclusion to both Mara Keisling and Lisa Mottet. Needless to say, once this made it around to others in the G&L community leadership, it helped send me on a one-way trip to Pariah-ville.

So now these two parties’ organizations are going to try the same thing with a produce instructional to the rest of the community. What are they thinking? Do they really believe that just changing the messenger means the message is suddenly a stroke of genius and will be welcomed as liberation with candy and flowers all the accoutrements?

But reality is hard to avoid. Transgenders are doing our best at coming to terms and living with perpetual inequality and moving on. Now it seems NCTE wants to somehow try and jam trans and gay & lesbian together again. Why elongate the pain?

There can only be three possibilities for why transgenders are not equals in this ‘equality for GLBT’ amalgam:

1) They’re totally oblivious to their surroundings and were blissfully unaware we weren’t involved equally.
2) They’re not educable on trans inclusion.
3) Or they’re quite aware and fully apprised of transgender, and happy with things just the way they are.

Option #1 doesn’t ring true. There’s a ready ease in referring to trans negativity or complaints about inequities. If they hear complaints, then they listen close enough to hear some of the words (at least) and what was being complained about.

Option #2 doesn’t seem completely plausible either. The forays to get information out have been going on since the 90’s at least, and large swaths of the community (if not necessarily the political leaders) have heard, learned and gotten it.

My bet is on Option #3. There’s a possibility that could be tacked to laziness: not wanting to learn all of another group’s issues, not wanting to have to work to include or accommodate these others, keeping status quo because it’s much less trouble. Why dig a diamondback out of its den when you can just bury the hole with rocks and dirt and forget about it? (Who cares if it somehow finds its way out?)

Doubtless there will also be umbrage taken: “We’ve been inclusive! I know what inclusion is and what I think about transgender issues” … etc.

Then again, there’s the possibility that was the intent all along: include us in their mission, get us to believing we’re equals and watch us become complacent and happy. That works better when those who are to be complacent and happy are gainfully employed and want for nothing – obviously not the case with transgenders. But there’s the chance they were thinking we’d be satisfied and go our merry way while they continued having the run of things and then maybe, as a bonus, get to come back and “save” the trannies and continue their little cottage industry of civil rights. Of course, the longer you string that out, the longer you collect a paycheck!

Either way you slice it, our (trans) full inclusion isn’t a critical issue to them. Keep in mind most of these groups are part of United ENDA Coalition, and as mentioned, fully aware of our existence and what our issues are. They’re even confident enough to be spokespeople on behalf of our exclusion. All of this occurred without “full inclusion” and I would imagine they’re aware of it. So why would we think they would suddenly think there’s any problem?

Another thing to be concerned about is what if they bring us into their orgs? It could be a great way to get us in to do busy work and keep us occupied, and not speaking on our issues in our own organizations as we should.

We know we need to get our message out. We know the gay and lesbian community, well-meaning as they may be, have limited knowledge of trans issues. And we also need to understand that these GLBT orgs were begun as GL or just gay, and have primary constituencies of whom they must pay attention. That’s their job #1. To many of them, we’re just shoehorning our way into what they feel is an already crowded platform with all of their issues to be resolved.

So why is it we’re thinking G&L groups (or GLBT if you wish) are the best vehicle for America to hear our message, from our mouths and for them to see and know us and dispatch some of the stereotypes?

Meanwhile NGLTF helped produce this publication, and their interim director, Rea Carey, commented: "Our movement needs this publication right now and we are pleased to have co-produced it and make it available to all. We are proud of the growth the Task Force has made over the years in regards to inclusion and it continues to be a priority.” Not to harp, but obviously a number of trans folks who are connected to DC are fully aware that NGLTF’s trans board members have gone from three at their zenith to its current one – including departure of both of their previous trans board who were more than one decade tenured. Staff? No change: from zero to zero. Growth can mean different things ….

Ironically, of all organizations, HRC has a record of hiring trans people, certainly more than NGLTF during Matt Foreman or any other director’s tenure. Keep in mind how bad HRC has been with the trans community even with their company tranny. We aren’t even good enough to lobby on trans issues there! (Message: we don’t know ourselves as well as gays and lesbians do.) Yes, there’s a long way to go for any egalité in GLBT administration.

It was a nice thought and all, but if these “inclusive” groups haven’t included us then there’s probably a reason.

It’s been my observation that they’ll want or need us only when we stop wanting or needing them.

“The worst pain is that of not being wanted.” — John Lennon
Posted by Vanessa E. Foster at 10:46 PM

On first thought, I heard of this publication, and said, "Yes, good for them." But, you're right: what need should there be for this? Shouldn't a trifold brochure with "Transgender people" on one panel, "Are Human Beings" on another, then "and you're a Human Rights Organization" on the third, suffice by now?

Vanessa,
Just a quick correction to your post - we do, in fact, have three board members who are transgender. And we have staff with a range of gender identities.
Take care,