HRC's Overdrawn At The Bank Of Trust

"You say it's fine -- keep your place in line
Keep biding your time but you talk in a vacuum.
Because you've been bought
I don't know what I want
But I know I don't want to be anything like you." — Interference, Cop Shoot Cop

While I watch the returns coming in from Pennsylvania’s primary, I’m going to keep things short. It appears Hillary’s found a way to keep her campaign alive and a lot of it is dependent upon keeping the gay and lesbian vote in tact and activated.

Regardless of how little I care for her candidacy, sending Chelsea out was a good strategy and well-played: use your strength to cover the one area you might be weakest in to neutralize your opponent’s strength – in this case, Obama’s dominance of the urban centers. A little master-stroke for Harold Ickes. However, I still plan on making his and his candidate’s life hell for their taking for granted our community. Just the Human Rights Campaign (HRC) repudiation factor in Trans America alone will play well with our base and those who still support full equality rather than the watered-down imitation.

While on the subject of HRC, a rumor came a few weeks back from a prominent activist in the community with ties to HRC that another of our community leaders was meeting with Joe Solmonese. I just took it with a grain of salt to see if another shoe dropped.

Well, the other shoe did drop. This time it came from a surprise return of one of my old contacts on the Hill who noted HRC’s reporting to him of a lunch meeting between Joe himself and the “transgender community’s leader” to smooth things out. Initially he thought that was me! He’s been off the hill since about 2002 and I assured him it was no one from NTAC (barely able to contain my laugh). I can also say it was not Donna Rose either, something I confirmed.

For now we’ll just narrow it down and leave it at that point. Until then, it’s “Mystery Trans” …. 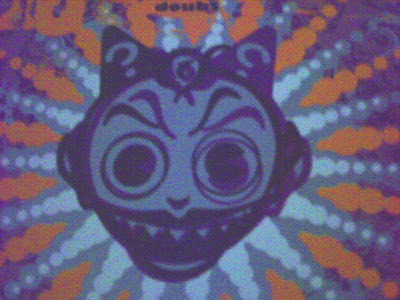 But it does beg one question from either party: what the hell are they thinking?!?

No matter how stupid HRC presumes trans folks are how do they calculate that we haven’t figured out their notably consistent behavior patterns yet? Even dumb animals pick up on patterns after so many replays. Speaking for myself, I’m no worse than a dumb animal and I’ll wager that the trans community isn’t either. (For the record, I was onto them in the late 90’s). Yeah, most all have figured out the cheap trick.

We in the transgender community have never been afforded credibility in gay and lesbian America even when we were fully honest. After HRC’s record of trust betrayal, and further the manipulation afterwards for political cover, how do they feel they’ll warrant any trust? As the saying goes “there’s no fool like an old fool.” Well, we’re done with this. Stick a fork in it. They’re inexpiable.

As for this “transgender community leader,” if you think you’re being seen as doing anything beyond self-serving motivations by playing into HRC’s hands and helping fracture our already-fractured community even further, dream on! Waking up to reality will be exceedingly tough.

Truly we’re a cash-poor community. HRC’s ability to flash a little green and put stars in peoples’ eyes and attract the occasional myopically self-ambitious tranny to help them sink us from inside is well established. But if HRC is thinking they’re going to have us following these Manchurian trannies now or in the future, they’re out of their overconfident minds. It’s this combination of temerity and arrogance that’s going to smash them and their historical legacy, along with any Transidict Arnold they get to cling to their back like a baby possum while mama possum crosses the ten-lane midtown interstate during rush hour.

Their history is etched in stone, never to be revised away. Forgiveness is easy – forgetting is not. They already know that. They’ve never forgotten us and what umbrage they took from us – and we’ve never taken money from or opportunized upon their issues nor urged gay-exclusive legislation. Yet they’re still vindictive. All things considered, what do they realistically expect from us?

As in banking, trust is doled out on their history. Debts can be forgiven, but future loans are only given again once they’ve demonstrated enough to make those they’ve burned previously sufficiently overlook those old burn scars. In the bank and trust of queer equality, HRC is the most severely and consistently overdrawn.

If HRC really thinks solutions are as simple as finding or creating their new tranny shill to assist in the obfuscation and deceit, they’ll learn in short order that we’re no longer playing those games. And it will be yet one more brick in the wall between us.

“I don't need no walls around me.
And I don't need no drugs to calm me.
I have seen the writing on the wall.
Don't think I need any thing at all.
All in all it was all just the bricks in the wall.” — Another Brick In The Wall - Part III, Pink Floyd 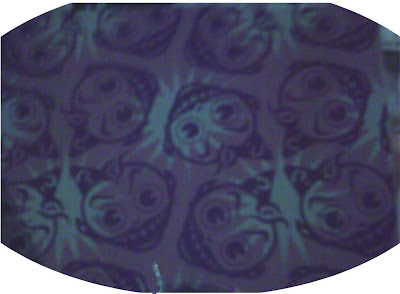 “You're a total blank and you're as funny as a bank.” — Interference, Cop Shoot Cop
Posted by Vanessa E. Foster at 10:55 PM

from what i know, a few people are being courted by HRC, actually.

Unsurprising desperation on their part (and maybe one or two of the individual trans folk they're courting).

The day you see NTAC folk courted and making statements that HRC has come clean with the T community, you'll know it's real. In other words: it's never happening!