Day Of Remembrance, And Remembering What It's About 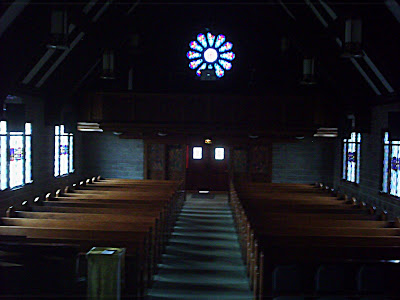 "Heard of a van that is loaded with weapons,
Packed up and ready to go.
Heard of some gravesites out by the highway,
A place where nobody knows.
The sound of gunfire off in the distance,
I'm getting used to it now." — Life During Wartime, the Talking Heads

The Chicago event was moving, and the location in New Spirit Church of Oak Park was an excellent stage for it. According to Rev. Bradley Mickelson, the church was apparently once where Theodore Roosevelt worshipped at his congregation — an interesting bit of history.

It was also well-attended DOR as the church nearly filled. A lot of thanks goes out to Cyndi Richards and IGA, the church staff and volunteer Marsha Jackson (an old friend from my late 90's lobby days in DC) for busting ass and ensuring that the entire event and the spaghetti dinner afterward were a success.

My reason for being there was to keynote the event. The one thing that I did was to address the creeping "external opportunism" from super-sized, cash-guzzling organizations on DOR itself, and to remind those attending of the history of how this collective community memorial came into being.

DOR was extremely grassroots in creation, totally spontaneous based upon the suggestions of Gazebo chat list attendees in 1998 in response to Rita Hester's murder, and over the course of the frustrating year following when local authorities never resolved her case. Gwen Smith, the list moderator based in the San Francisco bay area, decided to put the thoughts into action by getting San Fran activists and others together and hold the first official Day of Remembrance. There were also reports of a similar vigil taking place in Boston on the same anniversary night.

There was no big political organization, no entity, no non-profit fundraising, no staff, no one benefitting from it personally. Only volunteers.

The following year, Day of Remembrance went national with about a dozen cities. It was all begun by local group leaders, activists, volunteer national advocates like NTAC members, and just everyday trans folks who'd never been involved in leading things, but felt strongly about our community's consistent bloodbath due to hate murders. Again, no national org's with fundraising ambitions laying claim (even with a few NTAC board coordinating local events).

"Heard about Houston? Heard about Detroit?
Heard about Pittsburgh, PA?" — Life During Wartime, the Talking Heads

We grew DOR on our own, with rudimentary resources out of our own individual pockets, for the most part. We researched and reported on trans murders that came to our attention and spread the word on DOR to other cities on our own time. Just a bunch of ragtag trans folks putting together what we needed to do to get word out and draw attention to the glaring and criminally ignored murder epidemic. 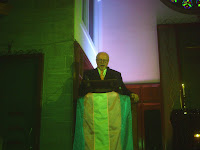 Keep in mind this was in the days before the Human Rights Campaign (HRC) had even bothered adding "gender identity" to their mission statement, and even that would not bring about their support for us in any legislation for years to follow. There was no "help from above." We had only ourselves, our own resourcefulness and determination to push forth our issue in the mainstream media. At some point, no matter how many obstacles, the message would eventually break through.

Later while helping push this around the country for new locations, I suggested to Gwen and took initiative to bring in our first couple locations outside the U.S: Vancouver and in Santiago, Chile. Afterwards was a watershed of international cities and trans communities joining the chorus. DOR was, and still remains, an international crisis in the Trans community, and having this go worldwide was appropriate.

After years of work and finally bringing it to the world stage, it finally started hitting the straight press and the colleges. Once the straight community started joining in and agreeing this was heinous – especially once they were aware of the commonly grisly details symbolic of typical trans "overkill" murders with mass stab wounds, multiple gunshots, body mutilations, decapitations, burnings — DOR suddenly landed on the consciousness of the world and elicited sympathy in what we were experiencing.

With this came need for the press to get commentary for news stories on the annual events.

And with that came the attention of the large GLB and T organizations, heavily bankrolled (anything over five-figure annual budgets in trans standards is massively bankrolled) with staff and big fundraising mechanisms.

Here was an automatically generated day of easy, positive public relations on the cheap. All they had to do was show up and put their face out there, express sympathy for the Trans victims and the situation, then walk away looking all-too-altruistic and heroic. Afterward, use the press as basis for raising more funds for their "sincere concern" about our plight. It's a simple as falling backwards into a swimming pool full of dollar bills.

Better still, they even began offering those of us original organizers suggestions: having the day moved from the date Chanelle Pickett was murdered on Nov. 20 (too cold, too close to Thanksgiving) to a warmer day in late spring; making it more of a soiree-type event replete with refreshments, where there can be awareness seminars in colleges (and great PR to new young recruits!); even requesting of us that it less somber and depressing (too dark) and lightening it up to more of a "celebration of life."

"This ain't no party! This ain't no disco!
This ain't no fooling around!
No time for dancing, or lovey dovey,
I ain't got time for that now!" — Life During Wartime, the Talking Heads

That last suggestion stunned a few of us who received it. Celebrating our memorialized hate murder victims? Maybe I'm wrong, but I'd be afraid to ask family of Holocaust victims to "lighten it up" and "celebrate" the lives of their murdered family members. Hell, I'd feel uneasy with asking Judy Shepard to "celebrate" the anniversary of Matthew's murder. 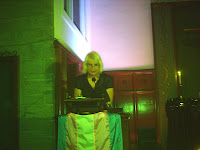 But I guess trans people are supposed to be the exception. We shouldn't have such feelings the way other humans would....

So when we insisted upon keeping our ceremonies solemn, darker and in the Fall (when foliage dies in the northern hemisphere), they simply circumvented and found other more accommodating trans folks in places like Houston, Orlando and Las Vegas [ http://lasvegas.hrc.org/node/331 ]. They tossed a little donation, got to stick their name and logo on the event and maybe even put out a little press blurb on it and – voila! – it's revised to seem they've been there all along with us and we're all just one big happy family!

At least that's the image these new organizing (and enterprising) hopefuls want out there.

But take a look at this symbolic "family": a majority of them robust and healthy, and dragging around these bony waifs by the arm, beseeching the world of this tragic situation and the need to help do something about it! Then when the world's attention is turned away, the bony waifs are thrown back into and locked in the dark closets and starved again. Yep, one big happy ....

"Sitting here in Queens eating refried beans.
We're in the magazines gulpin' thorazines.
We ain't got no friends. Our troubles never end
No Christmas cards to send. Daddy likes men....
We're a happy family: me, mom and daddy." — We're A Happy Family, the Ramones

All these years, with all the work put in by the likes of Gwen Smith, Ethan St. Pierre and other assistants like Monica Helms, Mercedes Allen or I, became a lot of blood, sweat and tears for us and a nice boost to the bottom lines and the staff of the opportunists. It's nauseating how easy it is for trans efforts to be usurped and utilized to benefit others. I never truly appreciated how hated we were until I found out how easily we were exploited.

Meanwhile, we finally got a large GLBT community action on the recent murder, decapitation and dismemberment of Jorge Mercado. As it's reported in the press, it was a most brutal murder of a gay teen in Puerto Rico. Buried in the details and away from most media reports, Mercado was wearing a blue dress and boots. This may well have been a gay teen. This was most probably a trans-panic response with all the overkill implications.

It reminds me of the Martinez case in Cortez, CO (and no, she never chose the name Fredericka! That was a joke name given to her by her classmate friends). That was yet another murder where all indications were it was "a gay teen, some gender issues, maybe trans...." At the vigil in Cortez, her mother Paula brought up an 8 x 10 framed photo of her as a female. I still recall Cathy Renna of Gay, Lesbian Alliance Against Defamation (GLAAD) remarking in amazement that Paula had a great photo of her son, and wondered why she wouldn't use the photo of "a handsome young man" on the stage at the vigil.

How would a lowly trans such as I explain to an organizer of a national group like GLAAD that maybe they didn't take time to look at the entire picture, so to speak. In response I muttered to her that "maybe a mom best knows her child." There's no way for me to know if Renna listened or learned, but I learned something that day. We can't take all "gay hate crimes" at face value in the press. The Lawrence King story is another that comes to mind.

Another lesson learned is how easy it is for our hate murder victims to become a wonderful opportunity and potential for future fundraising to those who really don't give a flip about having us around anyway (at least not beyond the political correctness "diversity" requirements). We're street chattel: mere coffin fodder to help boost the big bucks for the ballroom boys and girls. 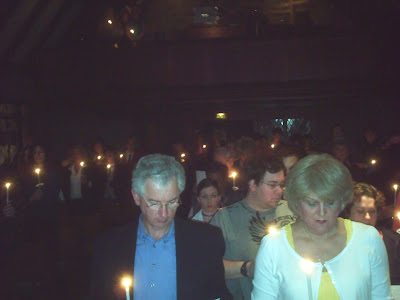 Cyndi Richards, who coordinated the Chicago DOR, sent an Email to me noting an observation to a preacher from a trans parishioner. The transperson noted that angels, like trans people, weren't of either of the two specific genders. Angel food for thought ....

"A good friend once told me the way to be an effective speaker: make them laugh, make them cry and make them feel religious." — Rev. Bradley Mickelson of the New Spirit Community Church of Oak Park, IL

"And God shall wipe away all tears from their eyes; and there shall be no more death, neither sorrow, nor crying, neither shall there be any more pain: for the former things are passed away." — Revelation, 21:4, King James version
Posted by Vanessa E. Foster at 8:13 AM

High paying jobs are most important in the current economic situation.
Most of the companies in India and there are lots
of job openings in various indian cities, which provides high salary.